It comes as 63 Republicans - most of them allies of the former US president - voted against a resolution expressing support for NATO in Congress. 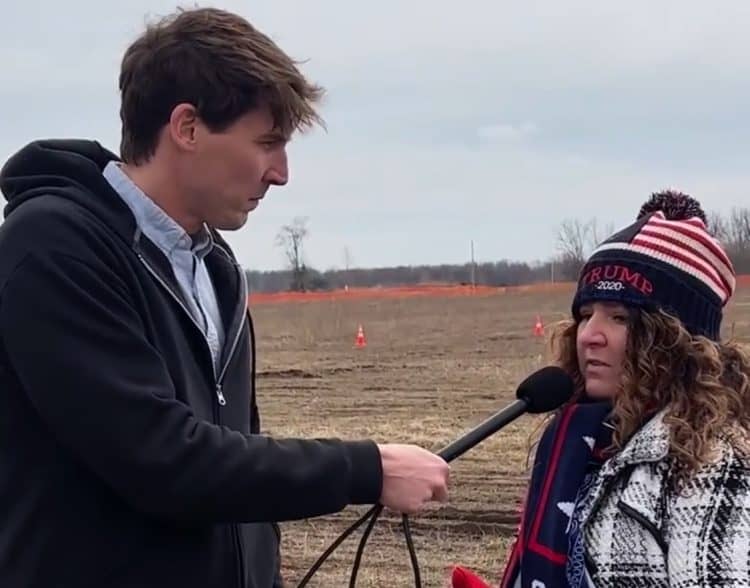 A Donald Trump supporter says she would sooner vote for Vladimir Putin in an election than Joe Biden.

The woman, who sported a bobbled Trump beanie, was being interviewed by Jason Selvig of The Good Liars when she made the remarks.

After being asked exactly why a political figure recently accused of war crimes would get her vote over Biden, she replied: “I believe he’s been given a tough….”

Trailing off before completing her sentence, she then insisted Nazis actually left Germany after WWII and made their way to America following a pit-stop in Ukraine.

“Since WWII, Russia’s been the bad guy, when in actuality the Nazis left Germany and they ended up going to Ukraine, coming in here.”

She then added: “George Bush was actually a Nazi.”

Meanwhile, more than 60 Republicans voted against a resolution expressing support for NATO in Congress on Tuesday.

The resolution, introduced by Rep. Gerald Connolly, a Democrat from Virginia, was backed by a majority of the GOP caucus and every Democrat who voted.

Citing the threat posed by “authoritarian regimes” as well as “internal threats from proponents of illiberalism,” the resolution calls on the Biden administration to uphold NATO’s “founding democratic principles.”

It also advocates the creation of a “Center for Democratic Resilience” within NATO’s headquarters in Brussels, with the centre providing member states assistance to strengthen their own democratic institutions.

Republicans who voted against Tuesday’s resolution included most of Trump’s most loyal defenders in Congress.

Among them were: Reps. Lauren Boebert of Colorado; Madison Cawthorn of North Carolina; Matt Gaetz of Florida; Paul Gosar of Arizona; Marjorie Taylor-Greene of Georgia; and Jim Jordan of Ohio.

Related: GB News viewer explains to Sunak how to raise money from taxes