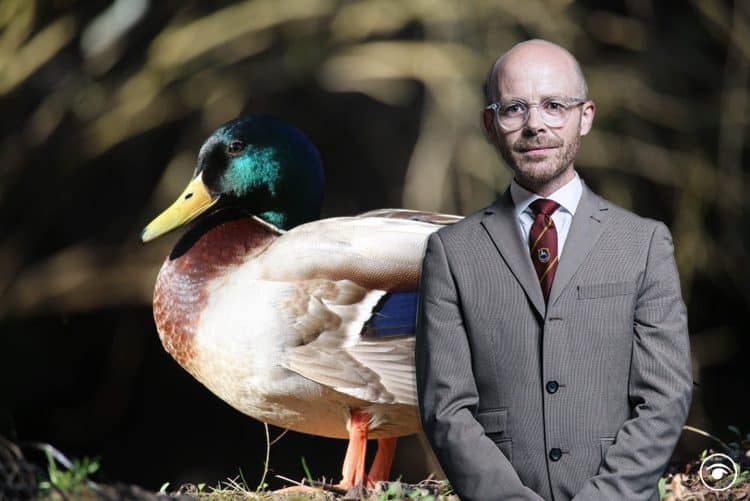 An SNP MP applied the duck test to the Downing Street Christmas party in the House of Commons today.

Coined by poet James Whitcomb Riley, the abductive reasoning is usually used to counter abstruse arguments that something is not what it appears to be.

Boris Johnson continues to insist that there was “no party and that no Covid rules were broken” in Number 10 last year when Covid restrictions were in place, despite footage being leaked of his then press secretary laughing about it during a mock press conference.

Commenting on the matter in the Commons, Martin Docherty-Hughes said:

“On 16th December the prime minister asked everyone on national television to exercise the greatest personal responsibility.

“On 18th December the prime minister stated ‘if you’re forming a Christmas bubble, it is vital that from today you minimise contact with people from outside your household’.

“The evening the statement was given by the prime minister in Downing Street a Christmas party was held in Number 10.

“So I wonder if the paymaster general would agree with me.

It’s not the first time the test has been used in political discourse.

In 2015, Russian Minister of Foreign Affairs Sergey Lavrov used a version of the Duck Test in response to allegations that Russian airstrikes in Syria were not targeting terrorist groups, primarily ISIS, but rather West-supported groups such as the Free Syrian Army. When asked to elaborate his definition of ‘terrorist groups’, he replied:

Also, in 2021, a version of the Duck Test was used by Singapore’s Minister of Finance Lawrence Wong in response to claims by members of the Progress Singapore Party that their parliamentary motion on free trade agreements is not racist. He said: