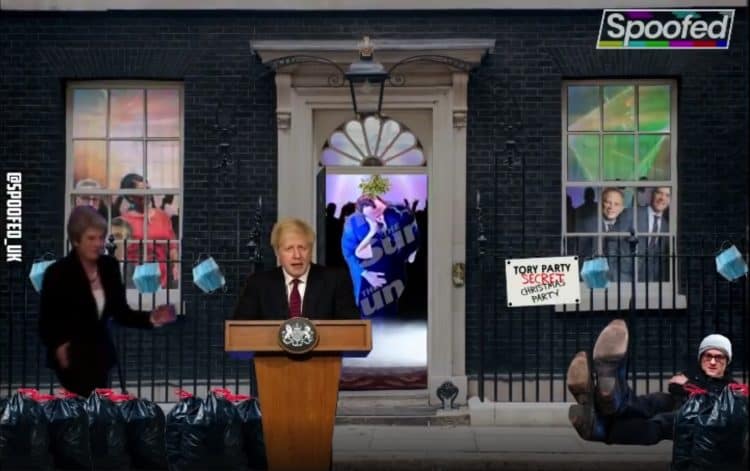 The Downing Street Christmas party, which was definitely not a party, has prompted a tsunami of viral memes on social media.

Boris Johnson was forced to defend allegations that a number of festive gatherings took place in Number 10 last year, despite lockdown restrictions being in place.

He has ordered an investigation into claims staff broke lockdown rules by holding a Xmas bash in his house and told MPs he was “furious” about footage apparently showing aides joking about it.

Needless to say, the party, that wasn’t a party, that took place or never took place, has resulted in a flood of memes on social media.