Both the FTSE 100 and the pound gained on Monday, while the cost of Government borrowing fell. 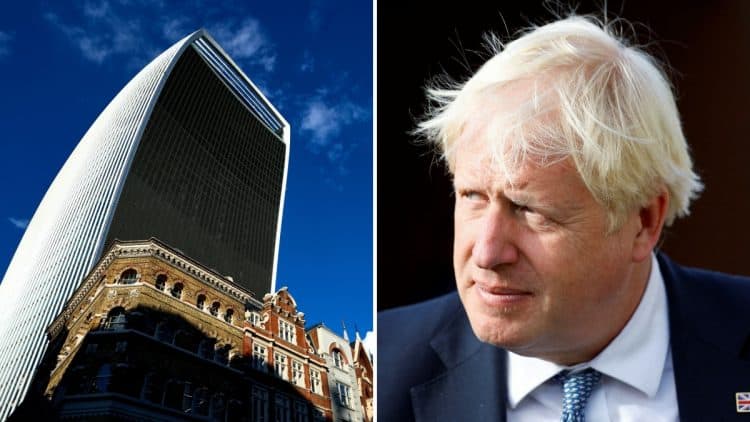 Stock traders welcomed the new week and the pound continued to tick upwards as the markets opened in London following Boris Johnson’s decision not to run to be prime minister again.

And the pound continued a multi-day rise, building from its low of below 1.11 dollars at about midday on Friday to reach close to 1.14 as stock markets opened after the weekend.

Meanwhile the gilt market cooled, making it cheaper for the Government to borrow money. The interest rate on a 30-year UK Treasury gilt fell by nearly 0.2 percentage points to about 3.9 per cent.

The movements follow the decision of former Prime Minister Boris Johnson not to seek his party’s nomination to take the job again, even after a weekend of hitting the phones to try to drum up support.

Mr Johnson claimed he had the support of more than the 100 MPs needed to get through to the next round, which would have been likely to have pitted him against Rishi Sunak.

However on Sunday he said that seeking the top job “would simply not be the right thing to do”, adding that the Conservative party would be too split should he take over.

It leaves former chancellor Rishi Sunak as the frontrunner in the race for No 10 Downing Street, and he could even win later on Monday without a membership vote if no-one else manages to get support from more than 100 MPs

But international markets were also volatile on Monday. In Hong Kong shares were down by about 6 per cent shortly before trading opened in London.

Traders there were reacting to another leadership race, as Chinese president Xi Jinping consolidated his grip on power.

Mr Xi was elected for another five-year term, to add to the 10 that he has already spent in power. He also installed his allies in most of the senior positions in the Chinese Communist Party.

The fall in Hong Kong came despite China posting better-than-expected third-quarter GDP figures on Monday that showed a country slowly coming out of Covid-19 lockdowns.