"The science is clear. The demand is simple: just stop new oil and gas. It's a piece of cake." 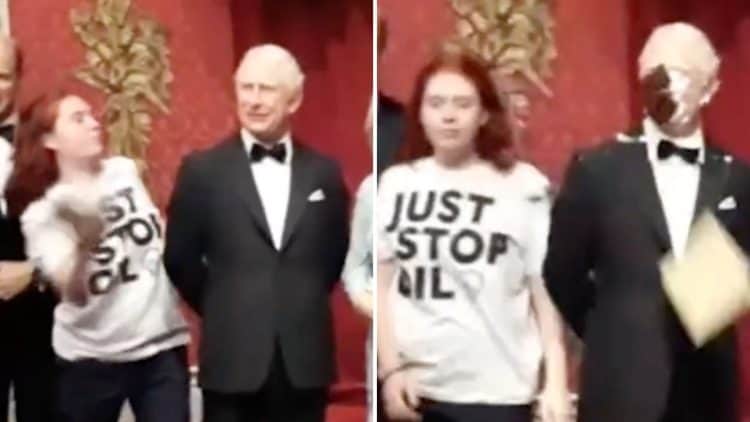 Just Stop Oil protesters have continued their demonstrations in London by hitting up King Charles III’s waxwork in Madame Tussauds.

On Sunday three campaigners brought traffic to a halt in North London by blocking the crossing made famous by The Beatles.

It comes after the Dartford Crossing was also blocked for days after protesters scaled the bridge and camped out in the cables.

Now, climate activists have targeted the new King by smearing his waxwork with cake.

Eilidh McFadden, 20, from Glasgow, and Tom Johnson, 29, a painter and decorator from Sunderland, stepped over the barrier in the London venue on Monday morning.

“The science is clear. The demand is simple: just stop new oil and gas. It’s a piece of cake.”

The Metropolitan Police tweeted: “We responded quickly to an incident at Madame Tussauds after two people threw food at a statue at approximately 10:50hrs.

“They have both been arrested for criminal damage.”