"It’s a business and community event you absolute sexist, chauvinistic tool. Plus, I am not there to be ogled by anyone!" 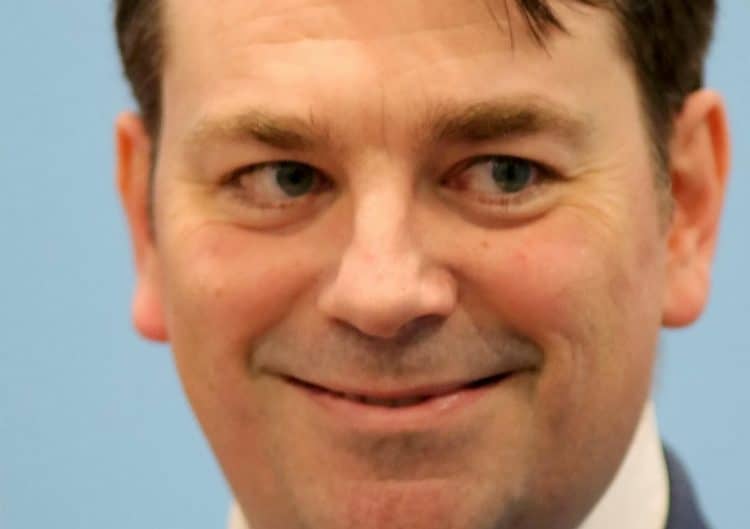 A Tory council boss has been suspended amid a sexism row after he reportedly asked women to “stand up so he could take a look at them” during an awards ceremony.

Councillor Leigh Higgins, deputy leader of Melton Borough Council, was said to have made the “chauvinistic” remarks while presenting an award on Friday night (17/9).

He had been making a speech about the pandemic and how he had missed attending such events when he asked all female audience members to stand up .

He then allegedly said: “It’s been a while since I’ve seen a sight like that” prompting a furious backlash on social media.

Melton Borough Council has since confirmed Cllr Higgins has been suspended by the Conservative group pending an internal investigation.

Complaints were made on social media about the comments made towards the end of the evening at the Best of Melton Awards.

Debbie Longley, who was at the event to pick up an award on behalf of a friend, said she was outraged when the politician asked the women in the room to stand up so he could praise them on their attire.

She took to Facebook to brand him a “sexist, chauvinistic tool” and said she was “not there to be ogled by anyone”.

She wrote: “Lovely evening at Best of Melton Awards.

“However, if you want confirmation that some people still live in the Dark Ages; COUNCILLOR Leigh Higgins just asked all the ladies to stand up so we could be seen as it’s been a long time since we’ve been able to ‘enjoy’ those kinds of sights!!! (Needless to say I didn’t stand up)

“It’s a business and community event you absolute sexist, chauvinistic tool. Plus, I am not there to be ogled by anyone!

“He also told us how he nearly lost his multi million pound business and had to go on to JSA, and that some other millionaires had to have food parcels. My heart bleeds.

“P.S Congratulations to all the winners and finalists.”

Another attendee wrote on Facebook: “I was absolutely gobsmacked. What an awful speech. Shame as it was such a lovely evening.”

One audience member added: “I assumed he was going to ask the men to stand up after the women, which would still have been strange, but no! I couldn’t believe it!”

Another added: “We were there and totally agree. What he said was so surreal that we wondered at first if we’d got the wrong end of the stick!”

Council leader, Councillor Joe Orson, said “I can confirm that Councillor Higgins has been suspended from the Conservative group for 21 days pending an investigation.”

A spokeswoman for Melton Borough Council added: “The council has been notified by the leader of the Conservative group that Councillor Leigh Higgins has been suspended from the group for 21 days pending an investigation following comments made at the Best of Melton Awards.

“During this period, the leader has confirmed that he will assume responsibility for the growth and prosperity portfolio and Councillor Malise Graham will take up the position of acting deputy leader.

“The council is unable to comment on any investigations currently underway”.

Cllr Higgins, who represents the Somerby area of the town and currently holds the cabinet position of Portfolio Holder for Growth and Prosperity, could not be contacted for comment.