Angela Rayner basks in the limelight, while Raab is left questioning 'Watt' on earth just happened. 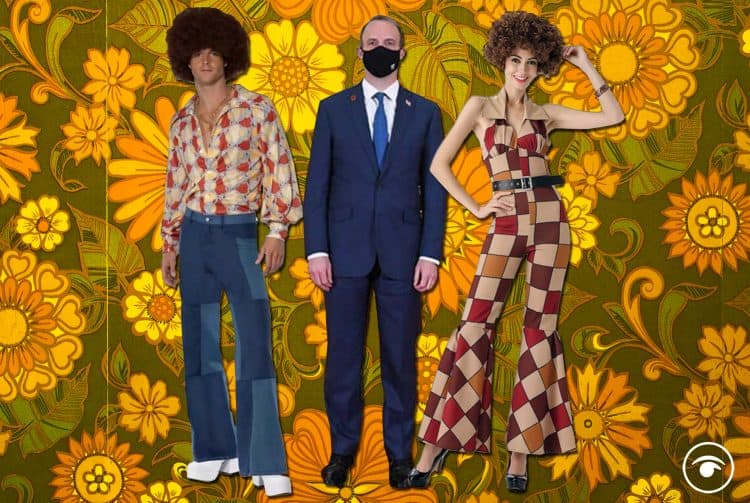 Once again there were no Conservative MPs wearing masks during PMQs today. Parliamentary Privilege may not protect you from contracting Covid-19, but it does shield you from Universal Credit cuts and energy hikes.

Boris Johnson is in the US ensuring his trade deal gets placed firmly on the backburner, so recently demoted Dominic Raab was left to step into his shoes and fill the chamber with hot air.

Mind you, it could be the last energy source the UK has left by the end of the week.

For Labour Angela Rayner stepped in and basked in the limelight (there are more power-related puns where that came from).

She followed on from Sir Keir Starmer’s clever tactic last week, asking how much would a working person on £18,000 is set to lose with the UC cut and National Insurance rise in a bid to raise the temperature (told you).

Raab didn’t have a clue. The self-styled Brexit hardman’s flaccid response rendered him impotent. “That’s lots of words for ‘I don’t know’”, she said.” It was over £1,100″, he was informed. It’s ok, it happens to every Tory.

Rayner told him: “Maybe he should get back to his sun lounger and let me take over.” For Dom the heat from Crete is unlikely to deplete.

Then she wanted to know how many extra days someone on minimum wage would need to work to spend a night at his favourite resort.

Raab sat and laughed, as did Sunak beside him. ‘Imagine a working person at the resorts we go to’, they must have been thinking, ‘even in the offseason, preposterous!’

It turned out to be 50 days, which could be doable, if everyone worked a whole year of extra hours.

Rayner was on fire and slammed Raab (along with Priti Patel, Liz Truss, Kwasi Kwarteng and Chris Skidmore) for saying British workers are the worst idlers in the world.

“Working people will have to choose whether to feed their kids or heat their homes,” Rayner said.

So does he care about the person on the street? Well, let’s review the quote from the levelling down mission statement…

“Once they enter the workplace, the British are among the worst idlers in the world. We work among the lowest hours, we retire early and procusicity is poor… the British are more interested in football and pop music.”

But for Dom it isn’t the beautiful game or Ed Sheeran that he idling away his time ruminating over. He is most interested in a Truss tussle over who gets access to a 115-room grace and favour holiday home.

Do they hate each other so much that they couldn’t even share a Google calendar so they don’t clash on their weekend jaunts to the country?

A long weekend with Raab or Truss? Which testicle would I rather have ripped out would be an easier conundrum.

As energy is the most burning issue you wonder how much it costs to heat the 17th-century mansion on the Chevening Estate?

Well who cares, the taxpayer will foot the bill. Or a charity, as Raab was at pains to tell the house, which makes it worse, not better.

As ever for those in high office there’s is a light that will never go out.

But for the rest of us this winter we will be thinking heaven knows I’m miserable now.