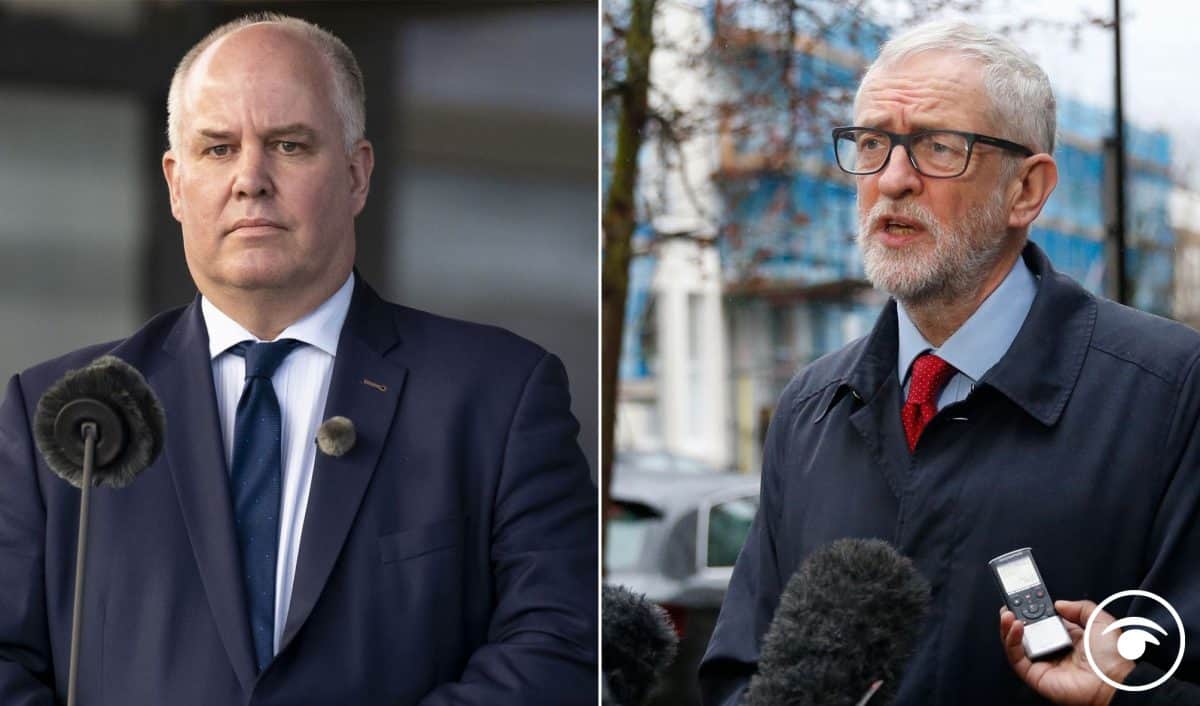 Voters in Wales will “extinguish the Corbyn flame” by ending Welsh Labour’s 22-year reign in government, the Welsh Conservatives’ leader in the Senedd has said.

Andrew RT Davies said putting his party in government in Wales after May 6 would “finish the job” started with Boris Johnson’s landslide 2019 UK election victory, which led to Jeremy Corbyn stepping down as Labour leader.

Recent polling by YouGov for ITV Cymru Wales and Cardiff University found Labour (32%) only two percentage points ahead of the Conservatives (30%), with Plaid Cymru on 23% ahead of the upcoming Welsh Parliament election.

Speaking at his party’s conference on Monday, Mr Davies said: “We need every single person who voted for Boris and Brexit to back the Welsh Conservative plan for our recovery.

“We kept our promise on Brexit, and we will do the same on our recovery from Covid.

“Boris also banished Corbyn and we still need to extinguish the Corbyn flame in Wales embodied by the First Minister.

“He was his principal cheerleader but you have the chance to finish the job and end the remnants of Corbyn for good.”

Mr Davies also accused Mr Drakeford of using Covid-19 restrictions and lockdowns as a way of exerting control and pushing “a reset button on society”.

“They love the power, they love the control. They believe the state knows best,” he said.

“In short, Labour have enjoyed taking our freedoms away a little too much. They hang on to them a little too long.

“They’ve grown a little too fond of hearing themselves pass judgment on normal people, normal lives, and the public’s desire to return to some sort of normality.

“The First Minister and his Cabinet see these lockdowns not as a pause to control a disease, but as the pushing of a reset button on society.”

Labour had “decided to be different for being different’s sake” in imposing different restrictions to England, Mr Davies said, which he claimed “didn’t make Wales any safer or less susceptible to catching the virus”.

Mr Davies also described calls both for independence as well as the abolishment of the Welsh Parliament as “a distraction to the job in hand”, saying “now is not the time for constitutional reform that will lead to chaos”.

Business rates would be scrapped for small businesses, while a Covid Bounce Back package would include a £2.5 billion Rebuild Wales Investment Fund.

VAT would be limited to 5% for tourism businesses until April 2022 to help them recover from the pandemic.

“The Tories in Wales have zero credibility when it comes to keeping Wales safe.

“They’ve acted irresponsibly throughout the pandemic, playing politics in the face of a public health emergency. They never put the interests of Wales first, and will never speak out when UK Tory policies hurt Wales.”

Related: Downing Street refuses to say if Johnson will give evidence to Jennifer Arcuri inquiry