There have been no deaths from confirmed cases of the virus in the past 24 hours. 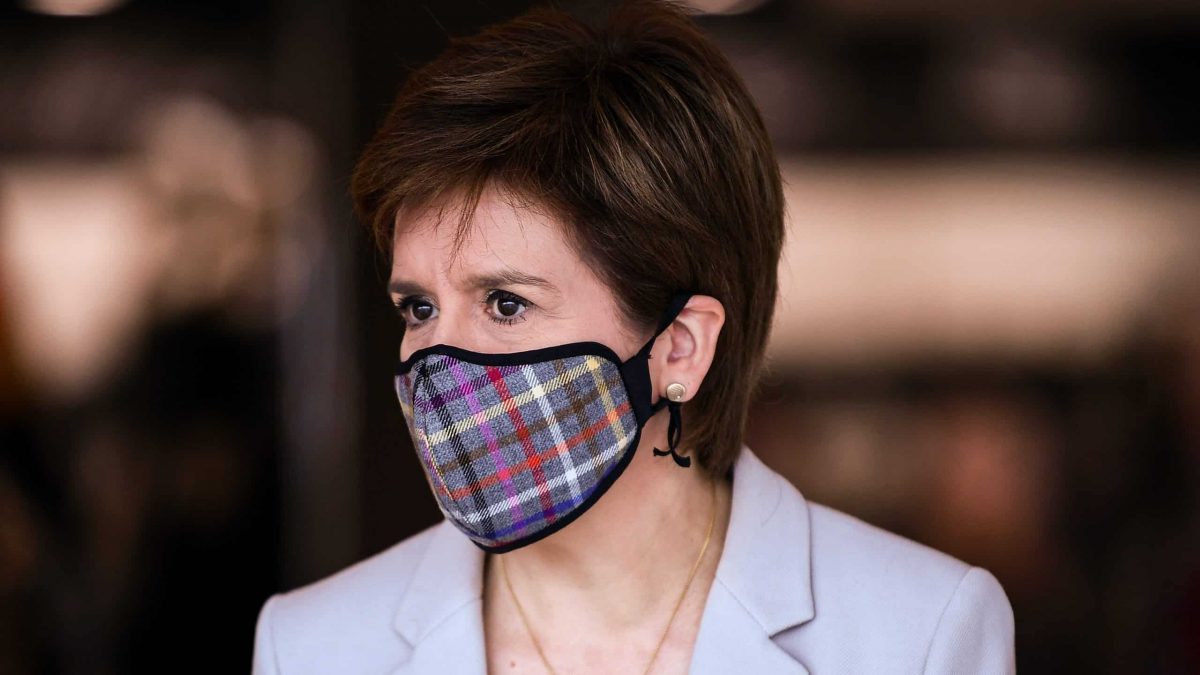 Scotland is “not far away” from eliminating coronavirus, the country’s first minister has predicted.

Nicola Sturgeon announced there have been no deaths from confirmed cases of the virus in the past 24 hours – the first time the figure had been zero on a weekday since 20 March.

She described the statistic as “really significant”, but warned against complacency.

“It doesn’t mean it [the virus] has gone away, it doesn’t mean it won’t rise again if we stop doing the things we need to do, but it gives us more confidence that we can keep it under control.

“I think we are not that far away from that. The challenge is keeping it there.”

The number of cases of coronavirus in Scotland has fallen dramatically in recent weeks, with the number of people testing positive in single figures on some days.

There are currently only 17 coronavirus patients in the country’s intensive care units.

Yet the country is easing out of lockdown far more cautiously than their English counterparts.

The two-metre rule on social distancing will remain in place in Scotland, Sturgeon announced today, as its evidence supports physical distancing at two metres.

Boris Johnson announced on Tuesday that the rule will be relaxed to “one metre-plus” from July 4 in England.

The First Minister told the briefing she has not seen the scientific advice the Prime Minister’s decision was based on.

She said: “I don’t know if that will be published later on, we would be very interested in looking at it if it is published.”