"The nose isn't long enough", one person responded after pictures made the rounds on social media. 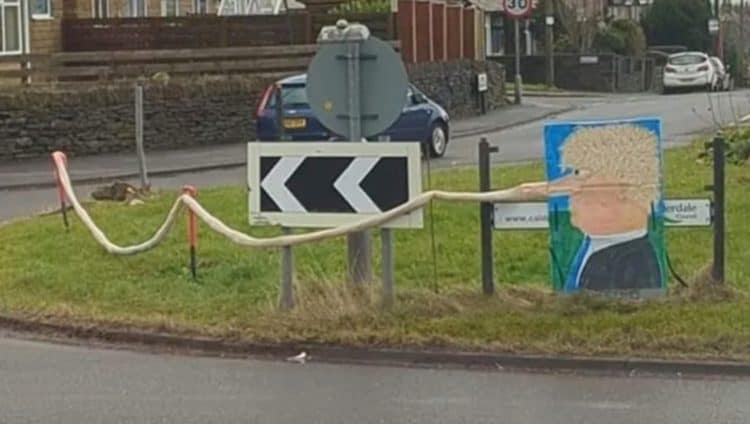 A roundabout installation in Halifax, West Yorkshire has been widely shared across social media after it left local residents in stitches.

Stone Chair Roundabout, which has now been dubbed ‘ Boris Johnson Roundabout’, has been photographed by dozens of entertained locals who cannot stop laughing at the caricature of our prime minister.

The painted picture of the PM is accompanied by metres of rope attached to his nose that stretch around the circular intersection in Pinocchio-esque style.

“I wonder what that might be implying!” quipped one entertained Twitter user, while another person said that the “nose isn’t long enough”.

The installation appeared as Johnson tries to regain his grip on power following a turbulent few weeks.

He will face MPs this afternoon after tinkering with his top team as he looks to stave off a confidence vote and lay the foundations for the next election battle.

But billionaire Tory donor John Armitage told the BBC he thought Mr Johnson had “passed the point of no return”.