The foundation paid out tens of thousands of pounds to companies run by Captain Tom's daughter, Hannah Ingram-Moore. 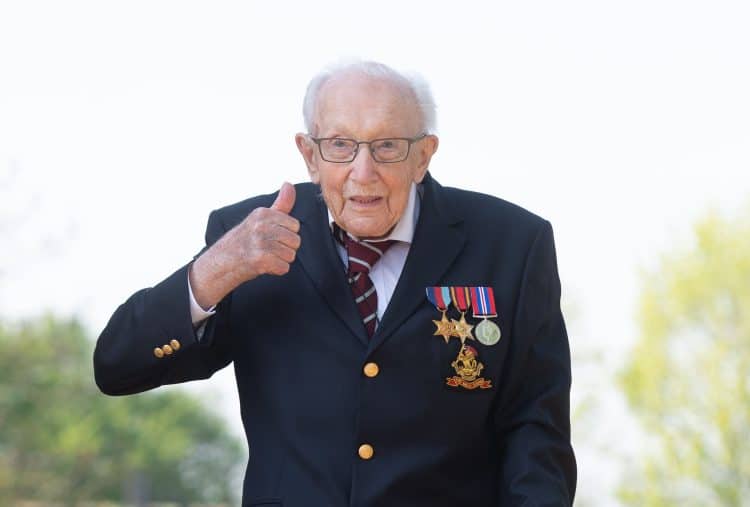 The Charity Commission will investigate the accounts of the Captain Tom Foundation, following an audit which revealed it reimbursed more than £50,000 to companies run by the centenarian’s daughter.

The regulator said it had “ongoing contact” with foundation trustees about “set-up and governance arrangements”.

A further two complains were made to the Information Commissioner’s Office over a breach in data protection regulations – although no further action was taken.

It comes after it emerged that the Captain Tom Foundation spent £240,000 on costs and consultants in its first year, compared with £160,000 it dished out in grants.

The foundation was set up by family members in 2020 to mark the legacy of Captain Sir Tom Moore, who raised £32.79 for the NHS. Of the £240,000 in costs, £125,000 went on fundraising consultancy fees – including to a company run by Hannah Ingram-Moore, Captain Tom’s daughter.

In an interview last weekend, Ingram-Moore described 2020 as “the best year of [her] financial life”, saying “raising that money was lifechanging”.

Speaking to the Mail on Sunday, she revealed that Captain Tom’s fundraising laps of his garden were not actually his idea.

Describing the early days of lockdown, Ingram-Moore said: “My husband and I sat outside, genuinely worried about our financial future. The entire pipeline for our business over the next 18 months had been wiped clean overnight. We were worried about how we would sustain our workers, my father and the children.

“It was then that my father, who had been rehabilitating after breaking his hip, started walking again.

“We’d had to cancel his 100th birthday party because of Covid. So my husband suggested that instead of the party my father should walk around the garden 100 times, and we would give him £1 a lap.

“My father said: ‘All right, seems like a fair challenge.’ Then I said we should give the money to charity and frontline workers instead, and make the target £1,000. He agreed, so I sent a press release about ‘Captain Tom, the centenarian war veteran walking to support the NHS’ to the local press, thinking they wouldn’t even look at it.”

She added: “Within 24 hours, he had done several interviews and raised £2,000. Within a week, he’d raised half a million pounds. Within two weeks, it was £20million. By his 100th birthday, he had raised £38.9million and over a million people from 163 countries around the world had donated.

“Now I have this incredible, lasting legacy of hope. That’s what my father has left me, and the entire world.”

Maytrix, a strategy firm run by Ingram-Moore and her husband, received £27,205 in third-party consultancy fees – out of close to £38,000 paid to the company by the foundation.

Another £16,097 was paid to Club Nook Ltd, also run by Ingram-Moore. This was reimbursement of accommodation costs, security and transport “relating to Captain Sir Tom Moore travelling around the UK”, accounts revealed.