"Under any normal administration that in itself would be a resignation matter," the veteran MP told the House. 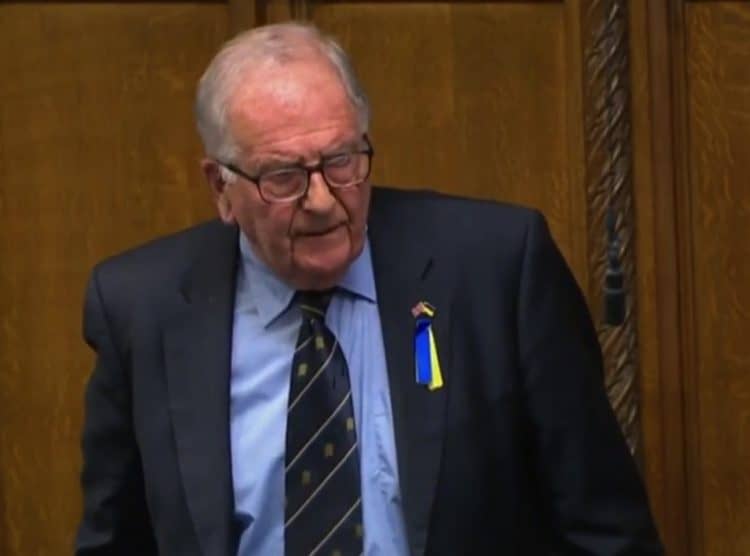 Sir Roger Gale has hit out at the home secretary for lying about visa centres in France during an emotive House of Commons address.

The MP for North Thanet said Priti Patel told the House that a visa application centre had been set up en-route to Calais.

But officials have since confirmed that is not the case – the facility for Ukrainian refugees in Lille has not yet been launched.

Sir Roger claims Ms Patel misled MPs and “under any normal administration” such an error would be a resignation matter.

Addressing colleagues in Westminster this afternoon, the veteran Tory said: “There is not a visa centre at Lille yet.

“That was untrue, and under any normal administration that in itself would be a resignation matter.

“It’s time the Home Office granted a visa waiver and allowed children and all of those adults with Ukrainian passports to come into the country now.”

Home Office minister Kevin Foster argued Ms Patel had “clarified her remarks” on Monday, before dismissing calls to grant a visa waiver for all Ukrainians due to the need for “key security checks”.

He also confirmed 500 visas have been issued and the Ukraine family scheme visa has received more than 10,000 applications since its launch on Friday.