The former Commons Speaker refused to make any ‘faux apologies’ despite a damning report by Parliament’s Independent Expert Panel. 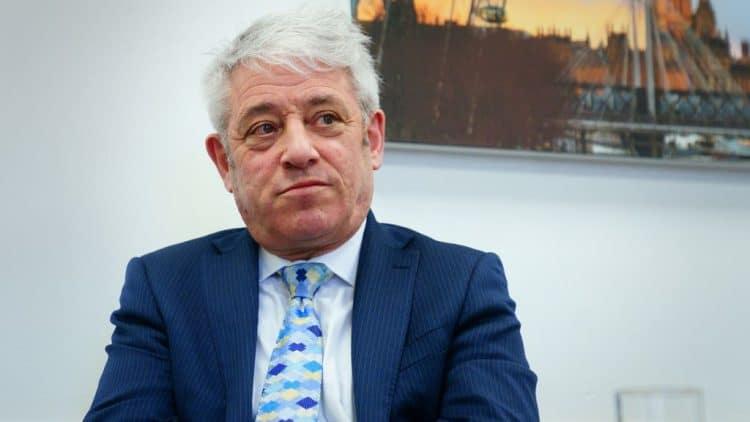 Former Commons speaker John Bercow has refused to apologise despite receiving a life-time ban from holding a parliamentary pass after being found to be a “serial bully” and a liar.

An independent inquiry said on Tuesday that he would have been expelled from the House if he was still a sitting MP after upholding 21 separate allegations.

Mr Bercow described the investigation as a “travesty of justice” before refusing to make any “faux apologies”, insisting he has nothing to say sorry for.

One of his accusers, Lord Lisvane, a former clerk of the Commons, said Mr Bercow had showed “hysterical petulance” for his “whining and whinging” in the face of the Independent Expert Panel’s (IEP) damning conclusions.

It was understood Labour, which Mr Bercow joined last year having previously been a Tory MP, has suspended his membership pending further investigation.

Mr Bercow had appealed against the findings by Parliamentary Standards Commissioner Kathryn Stone to the IEP, which determines bullying sanctions.

But the experts upheld her verdicts on the allegations from three complainants, who were staff during the period 2009 to 2014, without exception.

The panel, chaired by former appeal court judge Sir Stephen Irwin, said: “The findings of the Parliamentary Commissioner for Standards, which we have upheld, show that the respondent has been a serial bully.

“His evidence in the investigations, the findings of the commissioner, and his submissions to us, show also that the respondent has been a serial liar.

“His behaviour fell very far below that which the public has a right to expect from any Member of Parliament.

“The respondent’s conduct was so serious that, had he still been a Member of Parliament, we would have determined that he should be expelled by resolution of the House.

“As it is, we recommend that he should never be permitted a pass to the Parliamentary estate.”

“I don’t believe in faux apologies”

In an interview with the PA news agency, Mr Bercow disputed the findings and insisted there is no reason to apologise.

The former MP, first elected as a Conservative in 1987 before becoming speaker in 2009, said in a statement people should not “fall for the Establishment spin that I have been banned for life”.

“I can still attend debates with the help of a friendly passholder or go as a member of the public,” warned Mr Bercow, who last represented the constituency of Buckingham.

Mr Bercow said the case against him “would have been thrown out by any court in the land”, as he claimed it was “based on the flimsiest of evidence” and “rooted in hearsay and baseless rumour”.

“It is a travesty of justice and brings shame on the House of Commons,” he added.

The claims were brought by Lord Lisvane and private secretaries Kate Emms and Angus Sinclair.

Ms Emms said she was “supremely glad to be vindicated by the report”.

“The impacts of the one and only genuinely horrible, undermining and consistently upsetting period of my career has spread into all areas of my life,” she said in a statement.

“Stress, anxiety and loss of confidence sent me home on sick leave and affected how I saw myself and how I felt I was seen by family, friends and colleagues.”

Ms Emms said the report concluded a “saga” involving “an intense period of bullying inflicted a long time ago” and “10 years of professional and personal rehabilitation”.

“It’s a phenomenon you often see when somebody’s got really bang to rights, there’s an awful lot of whining and whinging about ‘oh well it was a stitch up, it wasn’t fair, I didn’t do it’,” he added.

The Crossbench peer said he felt compelled to act to avoid Mr Bercow getting away with “very, very seriously bad behaviour”.

Lord Lisvane described Mr Bercow as the “worm in the mud” of an otherwise excellent Commons career, adding: “I’ve been through two years and two months of revisiting these horrible experiences, so have the other two.”