"What on Earth is this?", Mike Galsworthy said after watching the video. 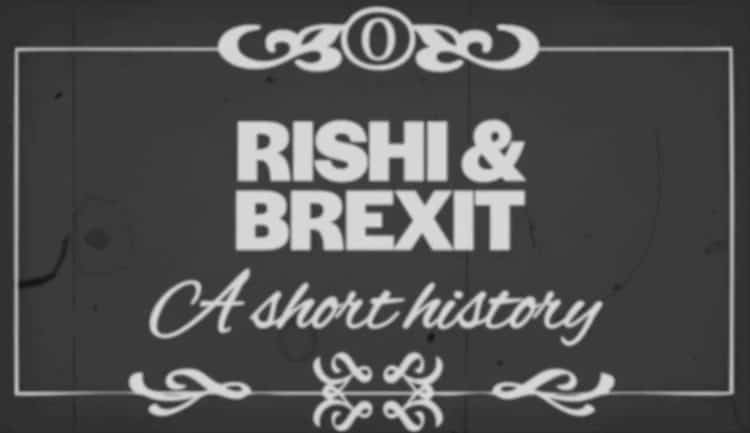 The former chancellor put out the black and white video filmed in old PSA-style to underscore his credentials on Britain’s split with the European Union.

It comes as he clashed heads with Tory leadership rivals Liz Truss and Penny Mordaunt as the contenders to succeed Boris Johnson faced off in a second televised debate.

At one point Sunak asked Truss whether she regretted being a Lib Dem or a Remainer more, but it spectacularly backfired.

Truss put Sunak in his place by reminding him not everyone comes from a traditionally Tory background.

She replied: “I was somebody who was not born into the Conservative Party” unlike he was, saying she saw kids being “let down” at her school because they did not get the proper educational standards that “you might have got at your school, Rishi.”

Ahead of the debate Sunak tried to set out his long-term support for Brexit in a video that has been widely saved on social media.

Mike Galsworthy compared it to a “parody” film, while Otto English and Peter Stefanovic also called out some blatant “lies”.