The chancellor said that he has no intention of extending the £20-a-week uplift to benefit rates before the end of September, despite fears of a 'cliff-edge' for needy families. 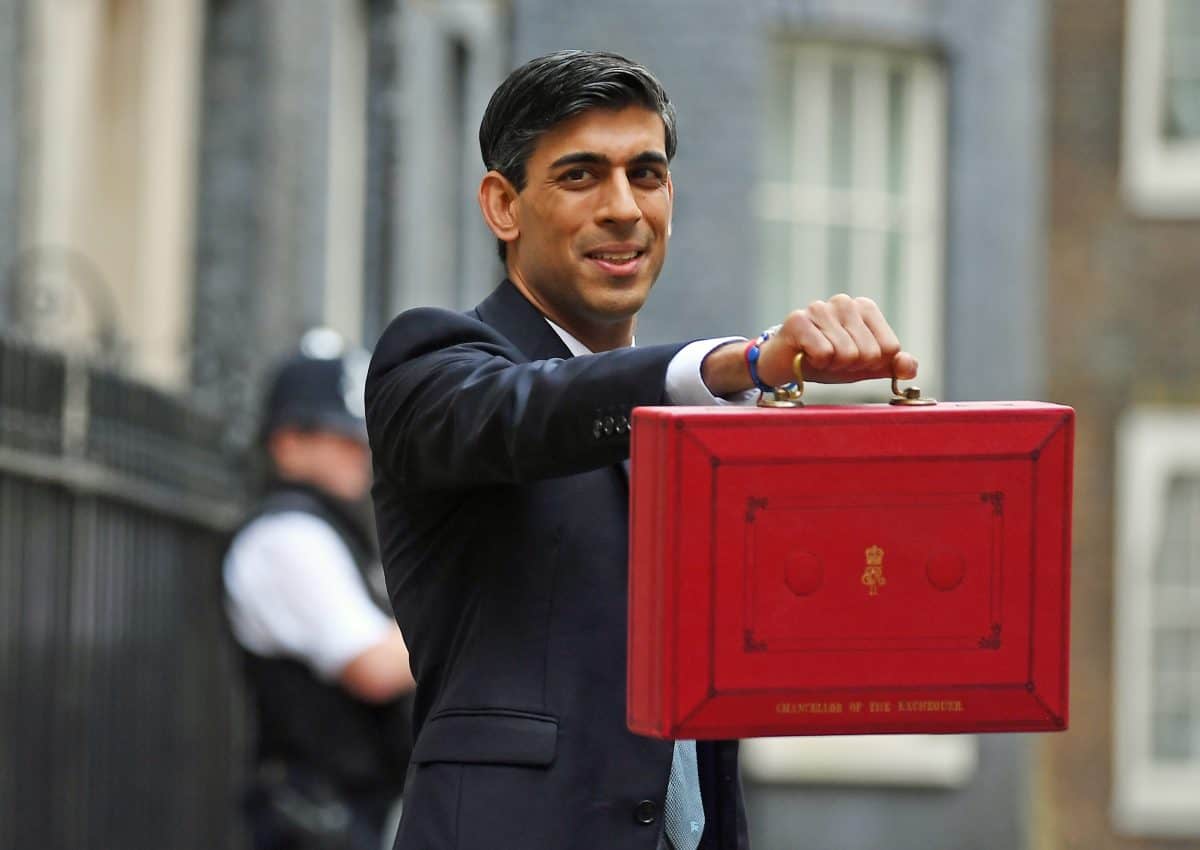 Rishi Sunak admitted he will cut Universal Credit in October – despite pleas from charities, mental health campaigners and hard-hit families across the UK.

The chancellor said that he has no intention of extending the £20-a-week uplift to benefit rates beyond the end of September, despite fears of a ‘cliff-edge’ for some of Britain’s most vulnerable people.

The temporary boost to Universal Credit was first implemented in April 2020 in response to the coronavirus pandemic, and was extended by six months in yesterday’s Budget. It had been due to run out next month.

However campaigners have called for Sunak to do more, with many claiming the £20 weekly boost should be made permanent to avoid benefits slumping to their lowest level since the 1990s.

MPs from across the House said an extension should last for at least a year, while the Resolution Foundation think-tank warned that the September cut-off will cause a seven per cent fall in income for the poorest households.

But, despite other schemes like the Stamp Duty cut being phased out in stages and the OBR estimating that up to two million people will still be on furlough in September, Sunak refused to extend the Universal Credit uplift into the autumn.

Asked by BBC Breakfast whether any further extension could be forthcoming, the chancellor said: “No, we put this in place at the beginning of the crisis last year to help people in the national lockdown.

“Obviously the restrictions have gone on for longer than any of us would have hoped or liked. But six months’ extension to the Universal Credit uplift means it will be in place well beyond the end of this national lockdown.

“And remember, it’s just one of the things we’re doing to help people.”

Asked why the £20 cash injection would not be phased out, like other support schemes, Sunak said it would be “in place in full all the way through to the end of September”, which he claimed is a “more generous” approach” than he might have done.

Pressure for charities and campaigners to go further is unlikely to ease, with several already calling for the uplift to be made permanent.

James Taylor of charity Scope said: “A temporary extension isn’t enough; another six months would mean the uplift ending just as unemployment is set to peak.

”This creates the very real risk of plunging many disabled people into poverty. Scope want to see this uplift made permanent, and extended to legacy benefits such as Employment and Support Allowance.”

Mark Rowland, Chief Executive of the Mental Health Foundation said: “We welcome the Government’s decision to extend the Universal Credit uplift until the end of September, but are deeply concerned by the cliff-edge effect when this ends and the potential impact this will have on millions of people’s mental health.”

Action for Children’s director of policy and campaigns, Imran Hussain, said: “It makes no sense to cut this lifeline in six months when the furlough scheme will have ended and unemployment is expected to be near its highest – exactly when families will need it most. Families need help and certainty, not a stay of execution.

“There’s no faster way to push more children into poverty than by snatching £20 a week out of the pockets of our country’s poorest families. Many of them are in work and doing their best to hold their heads above water after a traumatic year that’s seen hours cut and wage packets slashed.”

Helen Barnard, Director of the Joseph Rowntree Foundation, added: “This decision creates a perfect storm for the end of this year, with the main rate of unemployment support cut to its lowest level in real terms since 1990 just as furlough ends and job losses are expected to peak. This makes no sense and will pull hundreds of thousands more people into poverty as we head into winter.”