"It's pain that gives populism the ability to grow and succeed," he said. 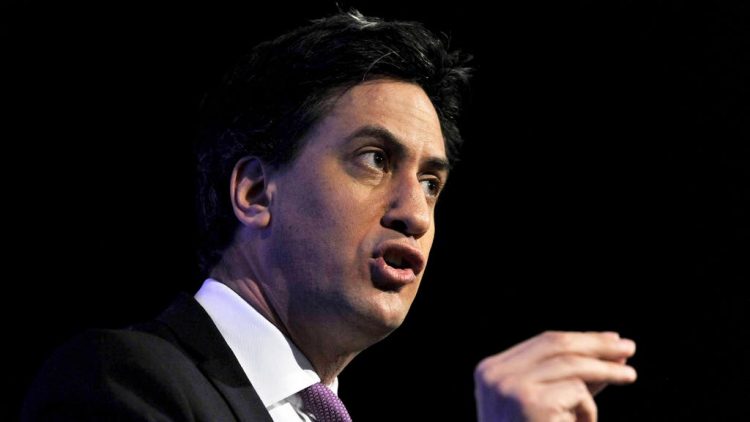 The rise of populism is “testimony to the failure of mainstream politics” and politicians need to understand the “pain” of voters, Ed Miliband has said.

The shadow business secretary said it was important to give answers to the “grievances” in people’s lives, while also challenging populism when it is “wrong”.

Speaking at the Edinburgh International Book Festival, the former Labour leader said Prime Minister Boris Johnson’s attempt to a have a “political culture war” saw him end up on the “wrong side of the argument” over England football players taking the knee.

Mr Miliband told a remotely held event on Saturday that “the rise of populism is also testimony to the failure of mainstream politics”, adding that it needed to address the “deep discontent” that some people feel.

“I always think about this advert (former US president Donald) Trump did two days before the 2016 election, which was all about ‘you’ve lost your jobs, the global elite have failed you’ and so on,” he said.

“Some part of what he was saying was right and unless you answer that deep discontent, I think explaining better why mainstream politics is really quite good is never going to get you anywhere.”

Mr Miliband added: “Somebody once said I think ‘don’t love Trump, but love Trump voters’… I think understanding people’s pain is really important in this.

“The soil in which populism grows, this nasty populism grows, is discontent and therefore you’ve got to understand people’s pain. I think you do also have to sort of call them out.”

He said he was “struck” by what happened earlier this year over Mr Johnson “refusing to condemn” those who booed England players taking the knee.

Mr Miliband claimed England manager Gareth Southgate had indirectly “shamed” the Prime Minister with his comments explaining what the players were protesting about and why it was a “patriotic thing to do”.

He added: “I think that episode is really interesting for the way in which Johnson, and the kind of attempt to have a political cultural war by him, really ended up on the wrong side of the argument.”

“You’ve got to be strong”

Summarising his own argument, Mr Miliband said: “One, understand the pain that gives populism the ability to grow and succeed.

He added: “When it’s wrong you’ve got to call it out.”