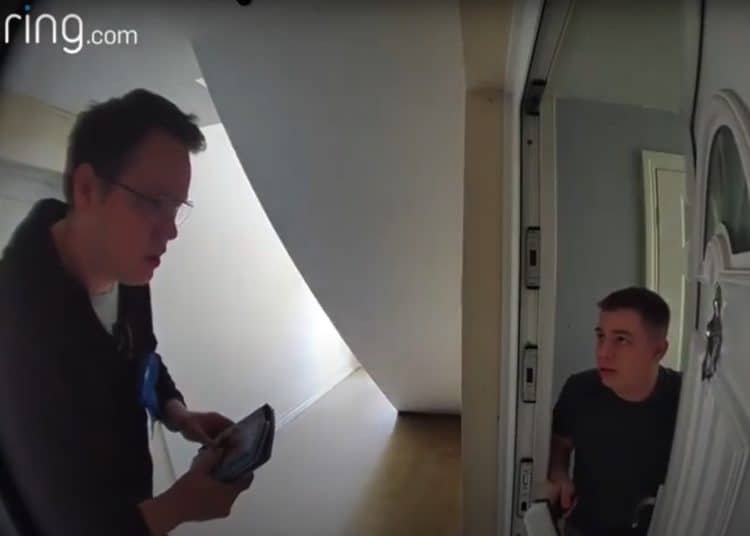 A Ring doorbell camera managed to capture the moment a Conservative councillor come a cropper while out canvassing this week.

Campaigning is underway for the 2022 local elections in the United Kingdom which are set to be held on 5th May.

These will include elections for all London borough councils, and for all local authorities in Wales and Scotland.

Most seats in England were last up for election in 2018 and in Scotland and Wales in 2017. The elections will coincide with the 2022 Northern Ireland Assembly election.

But things seem to have got off to a bit of a rotten start for the Tories.

According to Guido reports, a Tory leafleteer was caught asking a 24-year old homeowner to step aside so his parents could come to the door instead.