The shocking correspondence reveals how close the heir to the throne was with the disgraced paedophile. 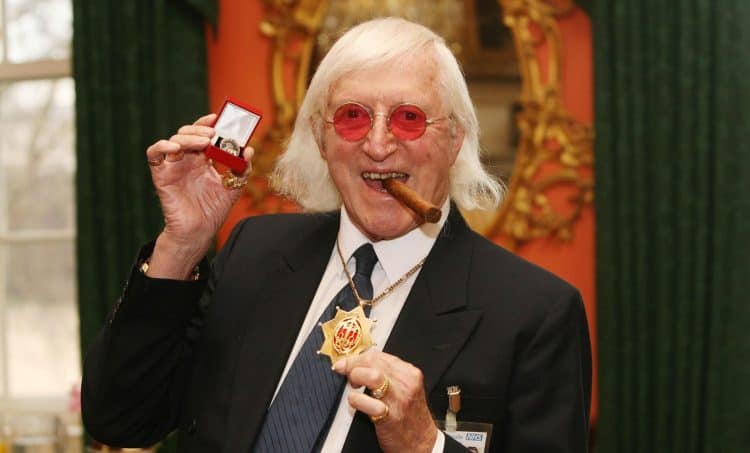 P rince Charles wrote to Jimmy Savile to beg him for help with the Royal Family’s crumbling image – and boosting his own brand – newly released letters have revealed.

The Prince of Wales heaped praise on the paedophile’s “straigh forward common sense” – and asked him for advice on improving speeches and helping him with public charity visits. The heir also asked Savile for help with gaff-prone Prince Andrew and his wife, Sarah.

According to the royal’s letters, written over the course of twenty years, Savile – one of Britain’s worst child abusers – even drew up a media relations handbook for Charles, who later incorporated it into an action plan shared with the Queen.

His correspondence with Savile has been revealed in a new Netflix documentary, Jimmy Savile: A British Horror Story, which airs this week.

“He [Charles] was duped, like we all were,’ the documentary’s director Rowan Deacon told The Times. “The letters show the trust that Prince Charles put into Jimmy Savile.

“He was trying to appeal to the British people, trying to modernise. And he saw Jimmy Savile as his conduit to that. In hindsight, that was catastrophic.”

Between 1986 and 2006, Savile was asked to guide the future king – all while he was using his fame to abuse whoever he wanted.

The BBC star helped to draw up a five-page PR guide in 1989 on how the royals should respond to significant events, a year after Prince Andrew visited the site of the Lockerbie bombing, where 270 died, and said: “I suppose statistically something like this has got to happen at some stage… Of course it only affects the community in a very small way.”

‘Renewed and heartfelt thanks’

Other letters reveal how Savile was asked to help the Duchess of York with her public image. In December 1989, Charles wrote: “I can’t help feeling that it would be extremely useful to her if you could. I feel she could do with some of your straightforward common sense.”

Writing from Sandringham in January that year, Charles asked Savile: “Perhaps I am wrong, but you are the bloke who knows what’s going on. What I really need, is a list of suggestions from you. I so want to get to parts of the country that others don’t get to reach.”

That July, Charles wrote: “Dear Jimmy, I can’t tell you how grateful I am for the most useful assistance you have provided for my speech in the Guildhall the other day.

“It was really good of you to take the trouble to put together those splendid notes and provide me with considerable food for thought.

“Whether you think the final result is in any way worthwhile is another matter. With renewed and heartfelt thanks, Charles.”

Place Your Bets! What Colour Hat Will The Queen Wear on Ladies Day?