The ad warns against "short-term pleasure that leads to long-term regret". 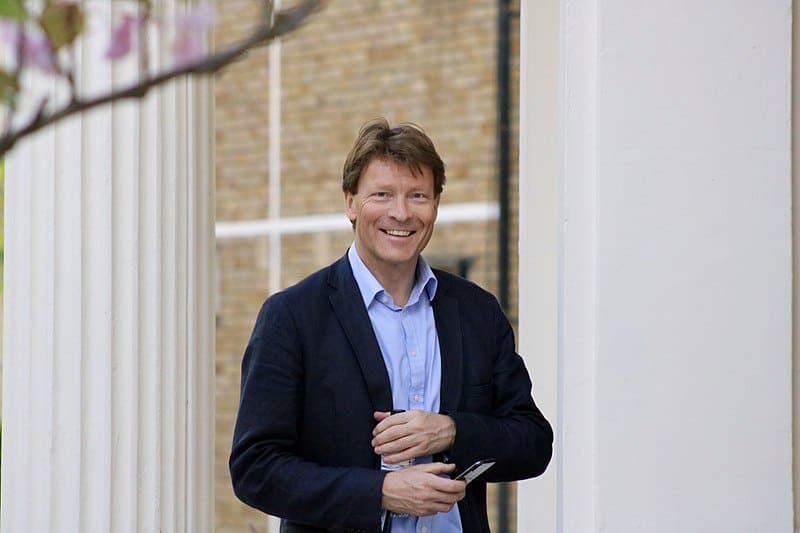 A mock Brexit Party ad featuring Richard Tice has been making the rounds on social media this week.

The MEP for the East of England features next to his warnings that Boris Johnson’s deal has many “flaws, traps and pitfalls”.

Ahead of the super Saturday showdown Tice had warned:

“People might be tempted to have a bit of short-term pleasure of getting Brexit done but we believe that would lead to deep regret” later down the line.

That has been mocked up to imitate an STI awareness campaign in conventional Brexit Party livery.

Standing with his arms folded across his waste the ad reads:

“Do not be tempted by short-term pleasure that leads to long-term regret”.

I think it's the hand placement that really does it pic.twitter.com/aVf0SlzszB

It has been compared to a Durex campaign by respondents, as well as a “VD” ad starring Joey Tribbiani from the popular sitcom Friends.

The hilarious scene features the aspiring actor trying to pick-up a former colleague at a subway station.

She seems interested until they stumble upon an ad campaign fronted by Joey, warning against the perils of venereal disease.

We would be handcuffed

Speaking on LBC on Saturday, Tice said getting a free trade agreement under the terms of Johnson’s declaration would mean “we wouldn’t be able to make the progress we want and we would be essentially trapped by numerous different elements”.

The MEP added that we wouldn’t truly be taking back control because we wouldn’t have autonomy over tax, our environmental policy, our foreign policy, over defence.

“We would be handcuffed,” he said.