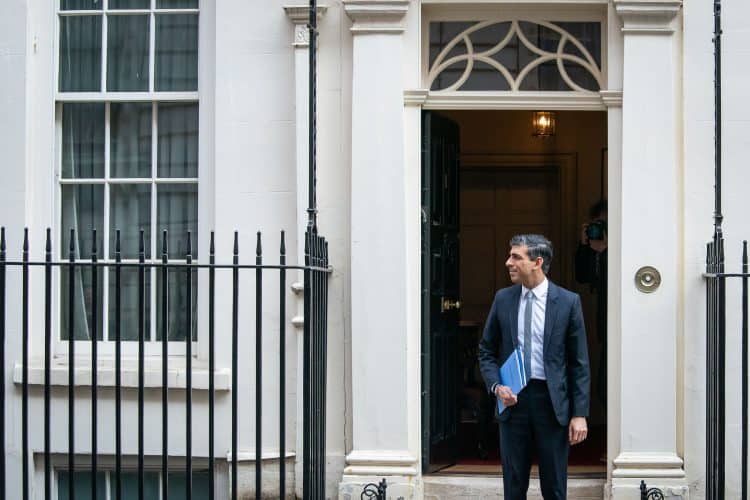 As many as 1.3 million Brits – including half a million children – will be plunged into poverty after Rishi Sunak’s Spring Statement, devastating new analysis has revealed.

A typical working-age household will see their real income fall by four per cent next year – a loss of around £1,100, the Resolution Foundation think-tank said.

The chancellor’s statement on Wednesday offered a few tax cuts – including a £3,000 increase in the threshold for national insurance contributions – but has been roundly criticised for failing to support poorer families struggling with the cost-of-living crunch.

He promised further support in 2024 with a pledge to cut the basic rate of income tax from 20p in the pound to 19p – “a £5 billion tax cut for over 30 million people”.

But the Resolution Foundation said that just one-in-eight workers would see their tax bills fall by the end of this parliament in May 2024.

Torsten Bell, the think-tank’s chief executive, said: “In the face of a cost of living crisis that looks set to make this parliament the worst on record for household incomes, the chancellor came to the box yesterday promising support with the cost of living today, and tax cuts tomorrow.

“The decision not to target support at those hardest hit by rising prices will leave low- and-middle income households painfully exposed, with 1.3 million people, including half a million children, set to fall below the poverty line this coming year.

“And despite the eye-catching 1p cut to income tax, the reality is that the chancellor’s tax changes mean that seven-in-eight workers will see their tax bills rise. Those tax rises mean the chancellor is able to point to a swift fiscal consolidation and significant headroom against his fiscal rules.”

It is the first time that there will be such a significant number of people being pushed into poverty outside a recession.

The Office for Budget Responsibility (OBR) revealed on Wednesday that inflation is set to hit a 40-year high of 8.7 per cent in October, sparking the biggest drop in living standards in any single year since records began.

Bell said: “The big picture is that Rishi Sunak has prioritised rebuilding his tax-cutting credentials over supporting the low- to middle-income households who will be hardest hit from the surging cost of living, while also leaving himself flexibility in the years ahead,” Bell said.

“Whether this will be sustainable in the face of huge income falls remains to be seen.”

Nadine Dorries now seems to be following the Trump playbook