Michelle Donelan said she agreed with the Prime Minister that we ‘should not seek to censor or edit our past’. 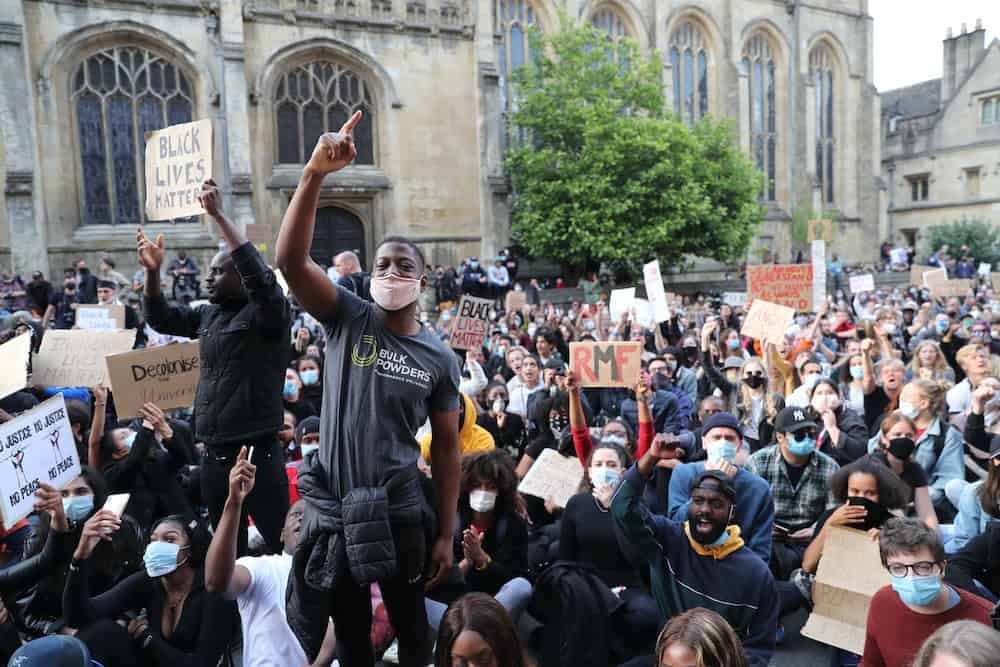 The campaign to remove the controversial statue of Cecil Rhodes from an Oxford college is “short-sighted”, the universities minister has said.

Michelle Donelan said we should “remember and learn” from history rather than “edit” the past.

Her comments came after protesters renewed calls for the statue of the British imperialist to be taken down from Oriel College at Oxford University.

When asked about the Black Lives Matter movement and whether universities could do more to tackle equality issues, Ms Donelan said she agreed with the Prime Minister that we “should not seek to censor or edit our past”.

Speaking at a webinar hosted by the Higher Education Policy Institute (Hepi), she said: “Recent actions, such as renaming buildings named after Gladstone or campaigns to remove the statue of Rhodes, I think, are quite short-sighted.

“Because if we cannot rewrite our history, instead what we should do is remember and learn from it.”

Her comments came as Oriel College’s governing body is due to discuss the future of the statue on Wednesday.

Last week, the University of Liverpool announced that a hall named after former prime minister William Gladstone would change after students pointed out his links to the slave trade.

In a letter in the Daily Telegraph, a group of Oxford professors criticised the university vice-chancellor’s response to the Rhodes Must Fall campaign.

Professor Louise Richardson, vice-chancellor of Oxford, told the BBC that “hiding our history is not the route to enlightenment”.

But the academics argue in the letter that the “opposite is true”, adding that it is “a full and frank accounting for Britain’s history” that was being demanded.

Demonstrations have taken place outside Oriel College calling for the statue to be removed from the High Street entrance of the building, as well as protesting against racism following the death of George Floyd in the US.

An Oriel College spokesman said: “The governing body and all concerned parties at Oriel College are fully aware of the responsibility they hold with regard to both the Rhodes statue and wider issues under discussion, and they will of course talk about this during their upcoming scheduled meeting.”