The billboard is the latest poster from campaign group Led By Donkeys. 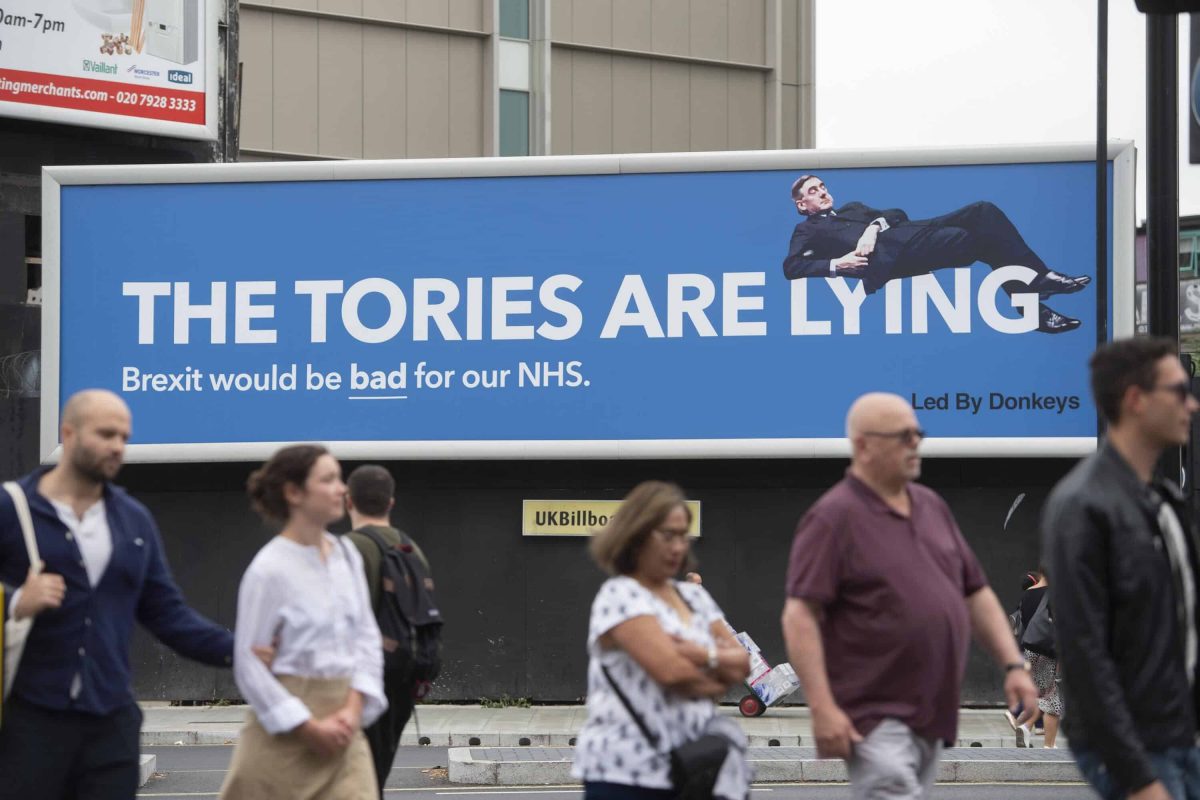 Jacob Rees-Mogg’s supine posture in the House of Commons has been incorporated into an anti-Brexit poster which claims the Conservative Party is lying about the NHS.

The Commons Leader attracted widespread criticism earlier this month as he was pictured slumping on the benches of the lower house as MPs debated whether to take control of the agenda and pass legislation aimed at preventing a no-deal Brexit.

The image of the reclining minister has been used by protest group Led By Donkeys in a poster which reads: “The Tories are lying – Brexit would be bad for our NHS.”

The poster has gone up on Westminster Bridge Road in central London, a short distance from the House of Commons.

A spokesman for Led By Donkeys said: “The Prime Minister and leader of the Conservative Party claimed that leaving the EU would free up £350 million that would instead be spent on the NHS. It was a flat-out lie that he has never recanted or apologised for.

“In reality Brexit, and especially a no-deal Brexit, would be bad for both staffing and funding of the NHS. Our poster tells that simple truth.”

During the EU referendum campaign, Vote Leave used a bus which bore the slogan: “We send the EU £350 million a week – let’s fund our NHS instead.”

Last month, Prime Minister Boris Johnson said he was “determined to deliver” the promises of the Brexit referendum campaign as he pledged an extra £1.8 billion – equivalent to roughly £3.5 million a week – of extra funding for the NHS.

Some experts have warned a no-deal Brexit could affect supplies of essential drugs, with the Government’s Yellowhammer planning documents saying medicines would be “particularly vulnerable to severe extended delays” which could occur due to the reduction in the flow of cross-Channel goods.

Led By Donkeys has been responsible for a number of high-profile stunts since its formation in January, including a series of posters displaying politicians’ statements in the form of tweets.