Top court to adjudicate after it was found that Boris Johnson lied and suspended parliament to stymy MPs. 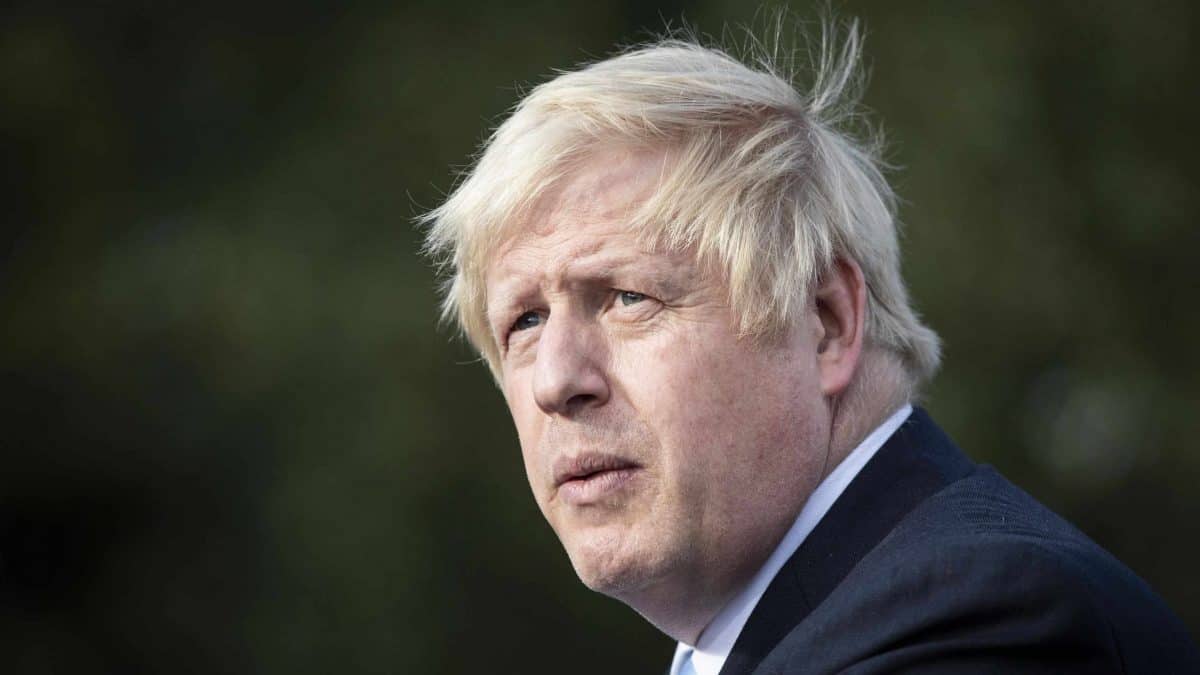 A legal battle over Prime Minister Boris Johnson’s controversial decision to suspend Parliament for five weeks is set to be heard by the UK’s highest court.

The Supreme Court in London will hear appeals from two separate challenges brought in England and Scotland to the prorogation of Parliament over three days, starting on Tuesday.

Mr Johnson says the five-week suspension is to allow the Government to set out a new legislative agenda in a Queen’s Speech when MPs return to Parliament on October 14.

But those who brought legal challenges against the Prime Minister’s decision argue the prorogation is designed to prevent parliamentary scrutiny of the UK’s impending exit from the EU on October 31.

The Supreme Court, which will sit as a panel of 11 justices for only the second time in its 10-year history, must reconcile contradictory judgments issued by the English and Scottish courts.

The High Court in London dismissed the case brought by businesswoman and campaigner Gina Miller – who previously brought a successful legal challenge against the Government over the triggering of the Article 50 process to start the Brexit countdown – finding that the length of the prorogation was “purely political”.

Giving reasons for their ruling on September 11, three of the most senior judges in England and Wales said: “We concluded that the decision of the Prime Minister was not justiciable (capable of challenge). It is not a matter for the courts.”

But, on the same day, the Inner House of the Court of Session in Edinburgh ruled that Mr Johnson’s decision was unlawful because “it was motivated by the improper purpose of stymying Parliament”.

Lord Carloway, Scotland’s most senior judge, said: “The circumstances demonstrate that the true reason for the prorogation is to reduce the time available for parliamentary scrutiny of Brexit at a time when such scrutiny would appear to be a matter of considerable importance, given the issues at stake.”

Following that ruling, a Downing Street source suggested the MPs and peers who brought the legal challenge “chose the Scottish courts for a reason” – prompting criticism from Scottish First Minister Nicola Sturgeon, who branded the comments “deeply dangerous”, as well as Justice Secretary Robert Buckland.

Mrs Miller’s challenge was supported by former prime minister Sir John Major, shadow attorney general Baroness Chakrabarti and the Scottish and Welsh governments, who are all interveners in the Supreme Court case.

A cross-party group of around 75 MPs and peers, led by SNP MP Joanna Cherry QC, was responsible for the Scottish challenge and the appeal against the Court of Session’s decision is being brought by the Advocate General for Scotland, on behalf of the Westminster Government.

Victims’ campaigner Raymond McCord – who brought separate proceedings in Belfast, arguing that a no-deal Brexit would damage the Northern Ireland peace process – has also been given permission to intervene in the Supreme Court case.

In a statement ahead of the hearing, Mrs Miller said: “As with my first case, my Supreme Court case is about pushing back against what is clearly a dramatic overreach of executive power.

“This is an issue that cuts across the political divides – and the arguments about the EU – and it has united remainers and leavers and people of all political complexions and none in opposition to it.

“The precedent Mr Johnson will set – if this is allowed to stand – is terrifying: any prime minister trying to push through a policy that is unpopular in the House and in the country at large would from now on simply be able to resort to prorogation.

“No one could ever have envisaged it being used in this way: this is a classic power-grab.”

She added: “The reason given for the prorogation was patently untrue and, since then, the refusal to come clean or provide any of the disclosures we have asked for has compounded the deception.

“It is my view – and the view of a great many others – that Mr Johnson has gone too far and put our parliamentary sovereignty and democracy in grave danger by his actions.”

Mr Johnson advised the Queen on August 28 to prorogue Parliament for five weeks from the week of September 9.

The Supreme Court judges will hear submissions from the parties and interveners from Tuesday to Thursday, but it is not clear when they will give a ruling.

Who is involved in Supreme Court prorogation case?

As the Supreme Court considers legal challenges to Prime Minister Boris Johnson’s decision to prorogue Parliament, here is a look at the key players in the case before the UK’s highest court.

The court hears appeals on cases of the greatest public importance where it is considered there is an arguable point of law.

Now the Supreme Court, which will sit as a panel of 11 justices for only the second time in its 10-year history, must reconcile contradictory judgments issued by the English and Scottish courts.

The investment fund manager and campaigner first came to public prominence in 2016 when she launched a legal challenge to then prime minister Theresa May’s decision to use the royal prerogative to trigger Article 50, starting a two-year countdown to the UK’s departure from the EU.

The High Court ruled that the prime minister did not have the power to trigger Article 50 without the authority of Parliament, a ruling ultimately upheld by the Supreme Court in January 2017.

Mr Johnson was appointed Prime Minister on July 24, after refusing to rule out proroguing Parliament during the contest to succeed Mrs May as leader of the Conservative Party.

A handwritten note of Mr Johnson’s dated August 16, replying to advice on prorogation, said Parliament sitting in September was a “rigmarole introduced … to show the public that MPs were earning their crust, so I do not see anything especially shocking about this prorogation”.

An unredacted version of the note leaked to Sky News revealed Mr Johnson wrote that the “rigmarole” had been “introduced by girly swot (former prime minister David) Cameron”.

– Joanna Cherry QC MP and others

Joanna Cherry, a barrister-turned-MP and the SNP’s justice and home affairs spokeswoman, is the lead claimant in the proceedings brought in Scotland.

Sir John served as prime minister between 1990 and 1997, taking over from Margaret Thatcher and defeating Labour leader Neil Kinnock in the 1992 general election before losing to Tony Blair’s New Labour in 1997.

In July, after Mr Johnson refused to rule out prorogation, Sir John told BBC Radio 4’s Today programme that it would be “utterly and totally unacceptable” for any British premier to shut down Parliament.

The former prime minister said he would bring a judicial review against any attempt to do so and intervened in Mrs Miller’s High Court case in September. His lawyers have been given permission to make oral submissions at the Supreme Court hearing.

However, Sir John himself controversially prorogued Parliament ahead of the 1997 general election, which prevented a report on the cash for questions scandal being considered by MPs.

The peer was director of civil liberties organisation Liberty from 2003 to 2016, during which time she was described by the Sun newspaper as “the most dangerous woman in Britain”.

Following her appointment in 2016 as the chairwoman of an inquiry into anti-Semitism in the Labour Party, Baroness Chakrabarti was nominated to the House of Lords and subsequently appointed Labour’s shadow attorney general.

The victims’ rights campaigner, whose son was murdered by loyalist paramilitaries in 1997, is one of three individuals bringing a legal challenge in Belfast, arguing that a no-deal Brexit would damage the Northern Ireland peace process.

Unlike in England and Wales and Scotland, cases in Northern Ireland cannot leapfrog straight to the Supreme Court, so Mr McCord’s case was heard by the Court of Appeal in Belfast on Monday – and he has also been given permission to intervene at the Supreme Court.

For only the second time in the court’s history, an 11-strong panel of justices will hear the joined cases – the first time being Mrs Miller’s Article 50 case.

The panel will be headed by Supreme Court president Lady Hale and also includes deputy president Lord Reed, who will become president in January when Lady Hale retires.