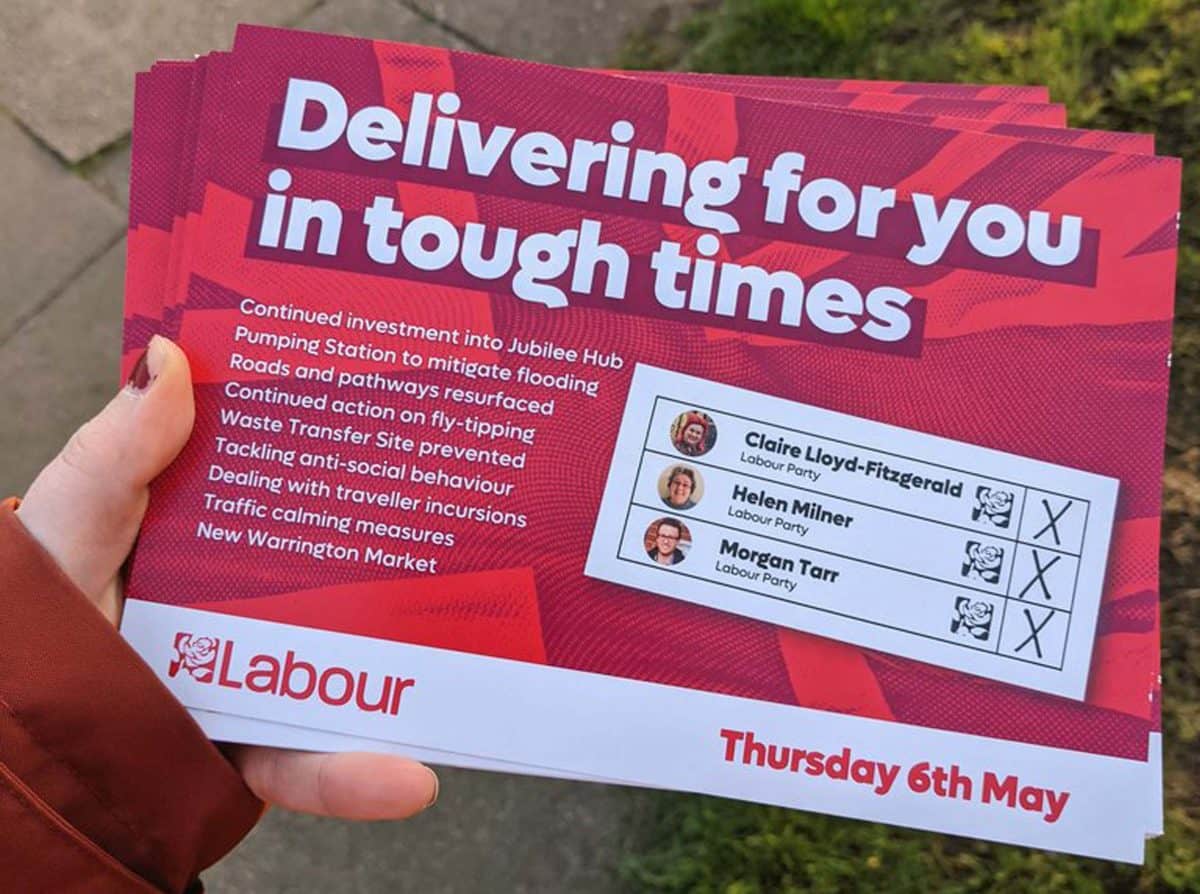 Labour will now withdraw and destroy an election leaflet that made pledges about “dealing with Traveller incursions” after heavy criticism.

Charlotte Nichols, the shadow minister for women and equalities, said she wanted to “unreservedly apologise” for the offence she had caused to Gypsy, Roma and Traveller communities.

The MP tweeted pictures on Thursday of herself and activists distributing the leaflet for upcoming local elections in her Warrington North constituency in Cheshire.

However, after being challenged on social media, Nichols initially said she wasn’t aware of the meaning of “incursion” or its negative connotation.

On Friday morning she said that she could “understand concerns raised about the language” used in the election leaflet, adding that the terminology around “incursions” appeared to be widely used in legal and local government contexts and she was unaware of its “problematic definition”.

It comes after the passing of the Government’s police, crime, courts and sentencing bill in the House of Commons which hands new powers to police with regards to traveller encampments.

The brutal truth is prejudice and bigotry against Travellers, Roma and Gypsies is absolutely rampantly permissible and acceptable in society, and the fact that Labour MPs tap into it – including those supposedly hailing from the left – is completely nauseating.

Labour are fighting all the wrong battles at the moment. https://t.co/6weuG27NaW

?? Yesterday: the Tory government's useless report declared "there is no structural racism in the 'UK'"

?? Labour are reactionary. Do not support them. pic.twitter.com/pBShIiBnTL

Replace the word traveller with any other race.

When will Labour remember that it promised to fight for equality and tackle racism??

The situation facing Travellers in Britain and Ireland:

50% not living to 40 years of age; 1 in 5 losing children in childbirth; 65% of kids not completing basic schooling.

It is not an inconvenience, it is shameful and a scandal. That’s the only acceptable left-wing position.

Two weeks ago I raised a number of interventions against the current policing bill because of its discrimination against Gypsies, Roma and Travellers. I got Labour members (on “left” and “right”) telling me “why are you defending these people”. https://t.co/EFy9jNoze7

Solidarity to all Gypsy, Roma Traveller people. While the government seeks to pass the horrendous Police, Crime and Sentencing Bill, the Labour Party should be standing with you, not pushing anti GRT rhetoric on the doorstep.