“By using your colleagues you undoubtedly left your two victims feeling powerless – it was two people against the might of the police.” 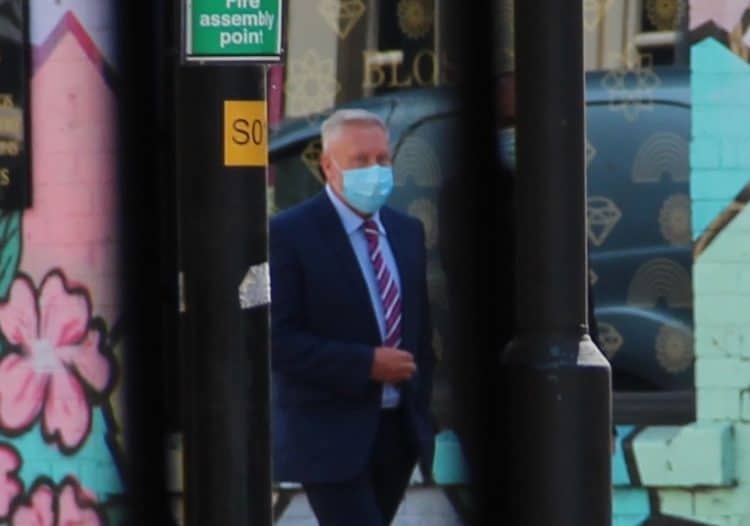 A married police officer who stalked his former lover after falsely reporting that she had breached Covid-19 rules in acts of “twisted vengeance” has been spared jail.

Stephen Green, who was a sergeant with West Mercia Police, had previously admitted a single charge of stalking involving serious alarm or distress, ahead of his sentencing at Wolverhampton Magistrates’ Court on Friday.

Between November 1 last year and January 9, Green, from Shropshire, sent messages to his ex and arranged for a bouquet to be sent to her.

He also told another man to report his ex and her new partner for a drink-driving offence, which the third party did.

Green also instructed police officers to carry out checks at the address of his former lover and made two false reports of Covid breaches, using fake personal details.

The 60-year-old, who was married with children, had embarked on a four-year affair with the victim, which ended in August 2020.

But the police officer began stalking her after she started a new relationship, even arranging for a riot van to check out the victim’s home address.

Green also got other police officers – who believed the inquiries to be entirely above board – to carry out address checks at the victim’s homes and the homes of her mother and new partner.

Such was the behaviour of Green, based at Shrewsbury police station, the victim put her house up for sale and moved in with her mother.

Green, who has started working part-time at a farm since resigning from the police force, was handed a six-month jail term, but the judge chose to suspend the sentence for two years.

District Judge Graham Wilkinson, sentencing, said Green was before the court “at a time when there is greater scrutiny than ever on the crimes of serving police officers” and that his involvement of other innocent officers sent on “criminal errands” would knock public confidence in policing.

He added: “We are all too aware of some of the truly awful offences that serving police officers have recently been convicted of and it is important to make the point that every police officer who chooses to offend does further damage to both the reputation of the police generally and public trust.

“You drew into your web of criminality other innocent officers whose own careers may have been blighted by your entirely selfish actions and you gave no thought to the impact upon them.

“Neither did you give thought to the impact on public trust.

“Your motives for this offence… were to hurt and harm.

“It is difficult to speculate any motive other than some twisted vengeance.”

Describing the offence as “sinister and sophisticated”, the judge said that even when asked to stop by his ex-lover “you continued”.

“By using your colleagues you undoubtedly left your two victims feeling powerless – it was two people against the might of the police,” he said.

In the end, both the complainant and her partner reported Green to his employer force and an investigation led to him being charged – though he initially denied any wrongdoing in police interview, the court heard.

The judge said Green’s “fall from grace had been spectacular… from a serving police sergeant to a convicted civilian criminal in barely six months”, and praised his victims’ “fortitude”.

Judge Wilkinson said he was sparing Green from immediate custody because, firstly, he had been “honest” about why he had carried out the offence, during his interview with the Probation Service.

He added: “In many ways, it may be a far more effective punishment for you to be party to the discussion that will undoubtedly be needed with your family, prior to the new school term… as you will experience at first hand their reaction rather than hearing about it from your wife, as you sit in a prison cell.”

The judge also imposed “draconian, punitive elements” on Green, including a curfew on weekends where he must stay inside his house, not even entering his driveway or garden, from 3pm-3am, including Christmas and New Year’s Eve, this year.

Green was also ordered to carry out 30 rehabilitation activity days and 200 hours’ unpaid work, while under probation’s supervision.

Ten-year restraining orders were imposed on Green in respect of the victims, barring any contact with them.