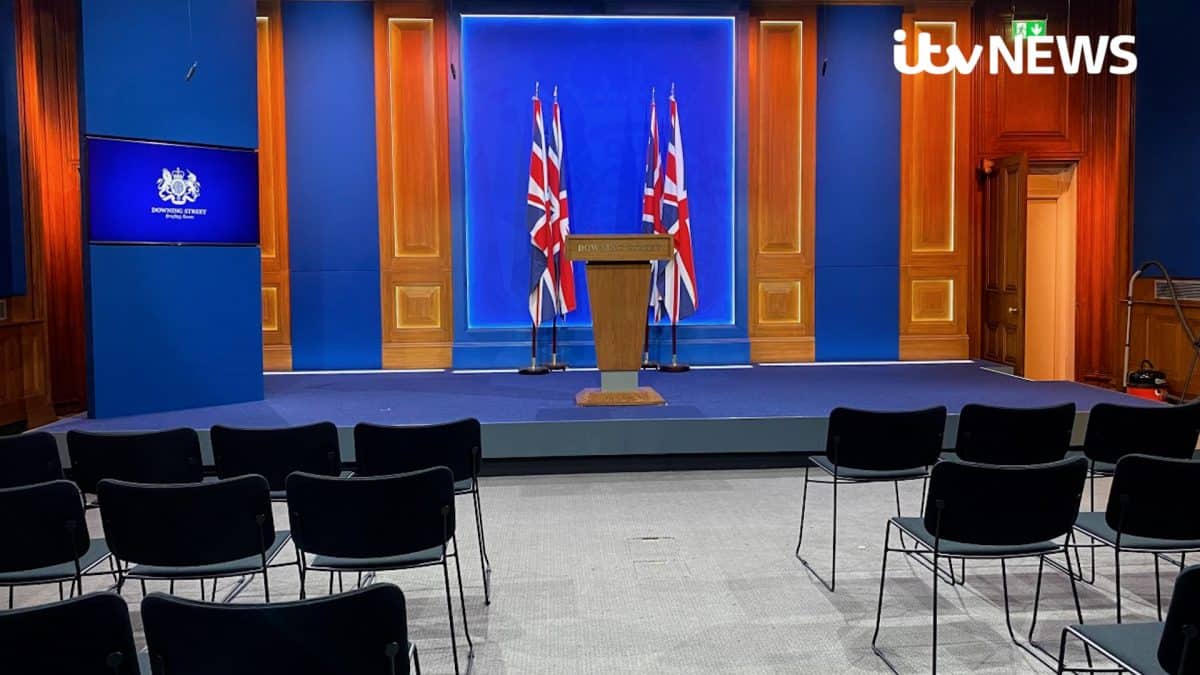 The first pictures of a new £2.6 million press briefing room have come to light today after the refurb was completed.

Styled in White House fashion the new room will be used for televised question and answer sessions with journalists led by Allegra Stratton, the prime minister’s new press secretary.

Labour has questioned the Conservative Party’s priorities for shelling out millions on “vanity projects” while “picking the pockets” of NHS workers, amid growing anger at the Government proposing a pay rise for health staff of just 1 per cent.

In breaking down the costs the Cabinet Office said the funds have been spent to allow daily broadcasting by various news organisations within the Grade I listed building.

“This spending is in the public interest as the new broadcasting of lobby briefings will increase public accountability and transparency about the work of this Government now and in the future.

“Such spending on maintenance and technical facilities reflects that 9 Downing Street (the Privy Council Office) is a Grade I listed building.”

Reaction to the new pictures has been far from positive. Here’s what people are saying so far:

If I was art-directing this expensive government makeover of their press conference room for comedy, I couldn’t have positioned the Henry more precisely for the eye to just notice it at the edge of vision. It’s like a brilliantly deadpan placement. pic.twitter.com/NU6e5ppqan