Making a statement in the Commons, the home secretary urged people not to participate in “large gatherings”. 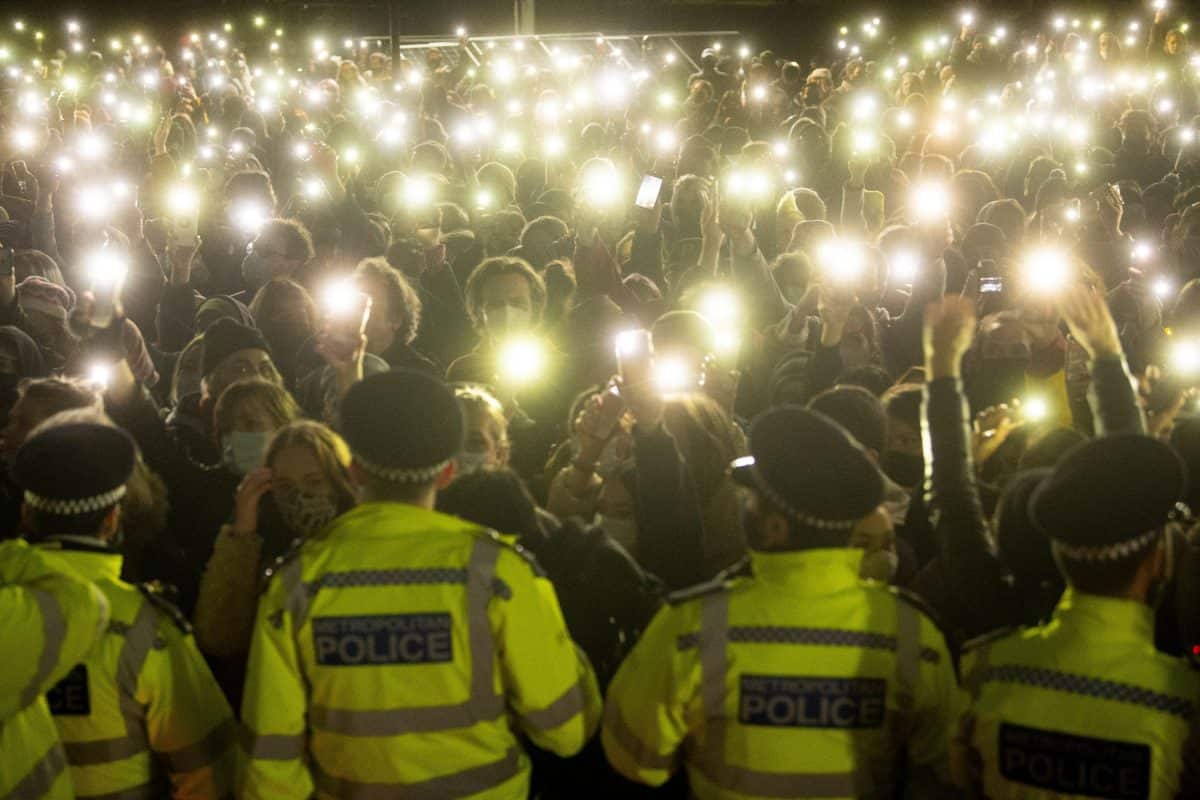 Brits should not attend any more vigils or protests for Sarah Everard, Priti Patel has said, amid a furious backlash about the police’s aggressive handling of a memorial on Clapham Common on Saturday night.

Making a statement in the Commons, the home secretary urged people not to participate in “large gatherings” as protestors called for further action in the wake of the 33-year-old’s death.

“I continue to urge everyone for as long as these [coronavirus] regulations are in place not to participate in large gatherings or attend protests,” Patel said.

“The right to protest is the cornerstone of our democracy – but the government’s duty remains to prevent more lives being lost during this pandemic.”

Despite calls for the resignation of Dame Cressida Dick, the Metropolitan Police commissioner, Patel was adamant in her backing of the police.

“This government backs our police in fighting crime and keeping the public safe,” she told MPs.

“But in the interests of providing greater assurance, and ensuring public confidence, I have asked HM Inspectorate of Constabulary to conduct a full independent lessons learned review.”

Patel said Everard’s tragic case could be summarised in for words: “She was just walking home.” While she stressed that it was “thankfully uncommon,” she added that it “reminded women everywhere of the steps we’ve taken each day without a second thought to keep ourselves safe.”

“Accounts shared online in the wake of Sarah’s disappearance are so powerful because every single one of us can relate to them,” she said.

“Too many of us have clutched our keys in our fist in case we need to defend ourselves and that is not OK.

“Women and girls must feel safe whilst walking our streets, that is why we have continued to take action.”

But Everard’s local MP – Labour’s Bell Ribeiro-Addy – said that it was “bitterly ironic that an event intended to highlight the issue of public safety for women was blocked on the grounds of public safety.”

She added: “What happened this weekend is a reminder of what happens when the police try to completely bypass the views of the community they serve.

Patel admitted that “some of the footage circulating online of Clapham Common is upsetting,” saying: “So while the police are rightly operationally independent, I asked the Metropolitan Police for a report into what had happened.”