A Level 3 Cold Warning will soon come into effect for the UK - and we are ALL in for a big freeze over the next few days. 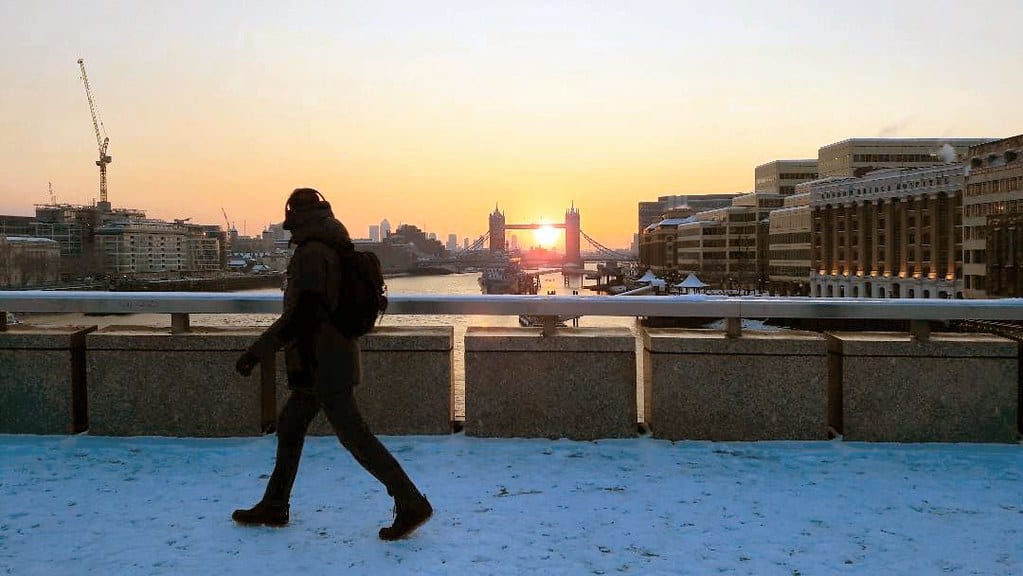 Blimey, that’s cold. The Met Office has issued a set of warnings for the UK, with temperatures set to plummet as low as -10°C towards the end of the week. Wintry showers, snow flurries, and extreme frosts have all been forecast for the next seven days.

Seven-day weather forecast for the UK

As per the Met Office, an ‘arctic maritime airmass’ has forced meteorologists to impose a Level 3 Cold Weather Alert. Every part of England has been told to expect temperatures ‘well below average’ between now and Monday 12 December.

“An arctic maritime airmass will push across the UK from the north this week bringing us some cold days, overnight frosts and a risk of wintry showers and snow. Showers will turn more wintry as the week goes on with a risk of snow at times.”

“A Level 3 Cold Weather Alert has been issued by the UK Health Security Agency covering all of England from Wednesday evening through to Monday 12 December. Temperatures will remain well below the average for this time of year.” | Met Office

Temperatures to reach lows of -10°C this week

Met Office Deputy Chief Meteorologist, Rebekah Sherwin, also confirmed that the mercury is set for a tremendous tumble over the next few days. In parts of rural Scotland, the coldest temperatures of the lot are due in the early hours of Sunday 11 December.

“A yellow Weather Warning for snow has been issued. We can expect to see some wintry showers further south as the week progresses. There will be widespread frosts with temperatures falling to as low as -10°C overnight in isolated spots by the end of the week.” | Rebekah Sherwin

London temperatures for the week ahead

London, meanwhile, is on course for its coldest spell on the morning of Monday 12 December. Thermometers could dip as low as -4°C before sunrise. On Thursday, the first sub-zero temperatures of the season are set to take hold.

By this Friday, the North West is expected to endure a teeth-chattering reading of -8°C. Get your Long Johns out…