Gleeful Remainers got stuck into the Daily Express after it complained about long queues for Brits at EU airports. 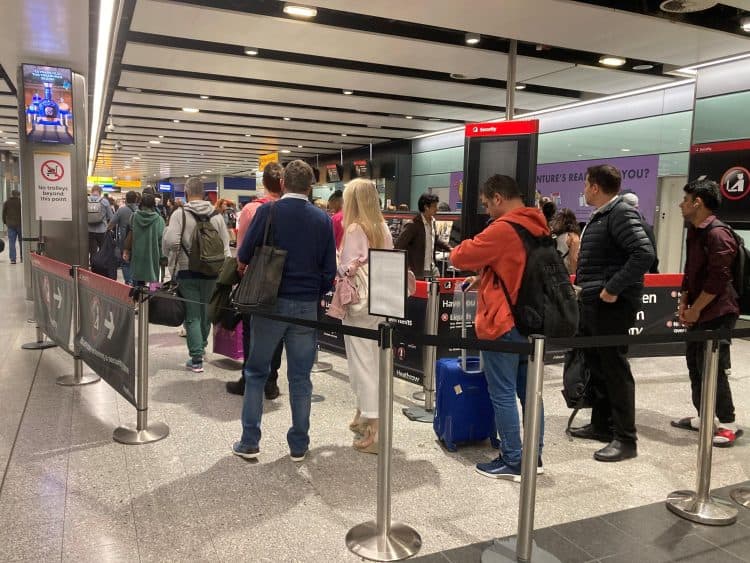 Remainers have reacted with hilarity after the Daily Express published an article complaining about the long queues facing Brits at European airports.

Under the headline ‘Rage as Brits stuck in airport queue for 3h – EU travellers ‘given looks that could kill’, the pro-Brexit newspaper reported that British tourists are being forced to wait ups o three hours to get through passport control in countries like Spain.

Since the UK formally severed ties with Brussels, Brits are no longer able to use electronic e-gates when travelling through EU airports – instead having to wait for their passports to be inspected manually and stamped by police.

According to the Express, “this is while passengers from the EU get “preferential treatment” with an “EU fast lane” and using e-gates”.

It cited British social media users complaining about long waits – and EU passport holders claiming to receive “looks that could kill” as they “sailed through” passport control.

But pro-Remain onlookers quickly took to Twitter to sardonically praise the Express for finally realising that Brexit caused the end of free movement for Brits on the continent – as ‘Project Fear’ trended.