Lord Tory said he wouldn't give the Tories any more cash until Johnson had been removed from office. 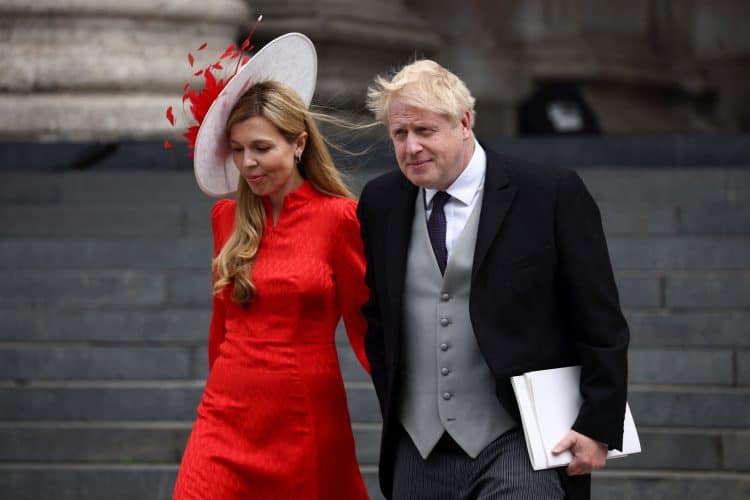 A major Conservative donor has urged MPs to boot Boris Johnson out of office now, warning the party faces “obliteration” at the next general election.

Lord Tory – who has handed £340,000 to the party since 2010 – said the prime minister must be replaced “immediately” if the Conservatives want to avoid a decade in opposition.

And he vowed not to donate any more cash to the Tories until the party had chosen a new leader.

His comments came as a damning new poll showed that Johnson is on course for a drubbing at the upcoming Wakefield by-election, amid rumours that the prime minister could face a no-confidence vote in the coming weeks.

Speaking to the Sunday Times, Lord Tory said: “I was a loyal and longstanding donor but can only resume donating if there is an immediate change of leadership.

“And it has to be now — before it’s too late to avoid a richly deserved obliteration at the next election, followed probably by a decade in opposition.”

Transport Secretary Grant Shapps said on Sunday that he does not believe Johnson will face a confidence vote this week, but were there to be one the prime minister would win.

Shapps also dismissed the mixed reception received by Johnson as he attended a service at St Paul’s Cathedral on Friday, where boos could be heard from the crowd.

The transport secretary noted there were also cheers for the prime minister and said “politicians don’t expect to be popular all the time”, arguing “it’s best to get on with running the country “rather than being overly distracted” by the incident.

Shapps’ backing comes amid speculation Johnson could face a crunch vote on his premiership as soon as this Wednesday amid reports the threshold for a no-confidence vote might have already been reached.

A survey of voters in Wakefield has suggested the Tories could lose the by-election by as much as 20 points.

A by-election will be held on the same day in Tiverton and Honiton, which was called after Tory MP Neil Parish resigned over his viewing of pornography in the Commons.

Asked about the poll on BBC’s Sunday Morning programme, Shapps said: “I think actually the best thing to do with all elections is to allow the people to speak and do so at the ballot box.

“You often get polls which show a variety of different situations.”

Asked if the prime minister will “be out” if the Conservatives lose both seats, Shapps said: “No. Look … when it comes to a general election people look at Government and they look at it in the round, they look at what you’ve done.”

Asked if he believes there is going to be a vote of no-confidence in Johnson this week, Shapps said: “No, I don’t … actually in the round when people judge Government by the general election, rather than mid-term where it’s not unusual to see polling like this, actually people make a decision about whether you’ve delivered and done a good for the country as a whole.

“I’m absolutely certain, with some of these huge decisions, sorting out Brexit, getting through coronavirus, seeing the largest growing economy last year, these are decisions and actions which will in the end matter to people.”

Asked if Johnson would win a vote of confidence, he said: “Yes, he will.”