“People are afraid of having a centralised government in power in Brussels, but they should be afraid of Westminster too. We believe we shouldn’t be ruled by Westminster either." 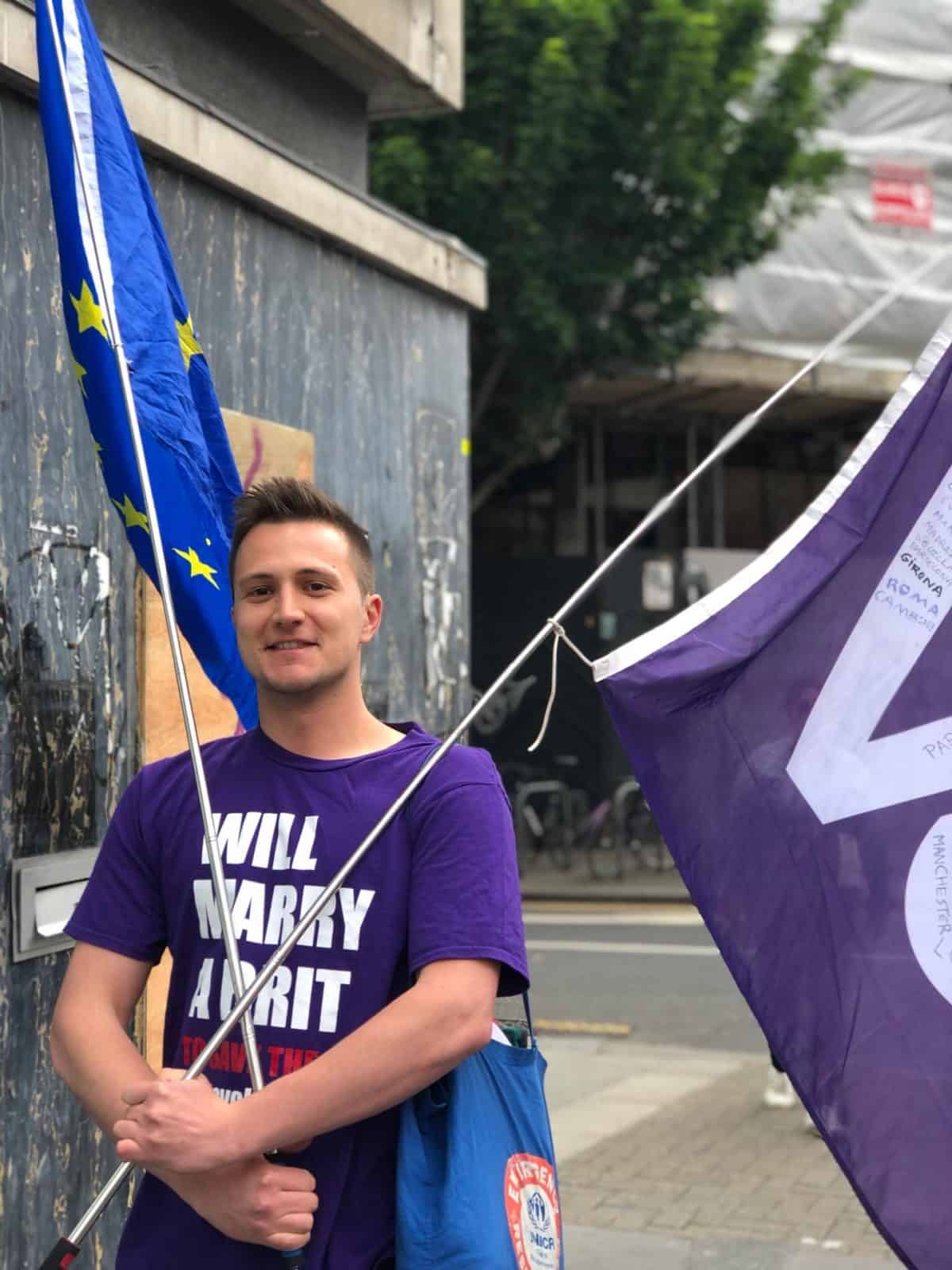 A new political party thinks they can appeal to both Remainers and Brexiteers as they are making a timid entry in the May 6 local elections.

The London Economic has spoken to Volt UK’s co-president Alex Haida, who said they are “campaigning to change, not campaigning to win”.

The party is intending to run in the next general election – but until then it has candidates in London and Scotland for next week’s elections.

So what is Volt UK?

A member of Volt Europe, a pan-European party active in 29 countries since 2016, Volt UK has only registered as a party last year.

“We are still a very small ship making a lot of noise,” Haida said.

He added: “We are volunteers, we do this alongside our jobs, it’s incredible how much we achieved as a startup party.

“We can put pressure on parliament parties by making sure Europe’s voices are still there and still loud.”

‘We think we can appeal to Brexit voters’

Haida said Volt agrees there is something wrong with the EU – but instead of running away, they want to fix it.

He said: “We agree the EU is not democratic.

“We have actual policies to change that.

“We think we can appeal to the Brexit voters as we see the problems and we want to fix them.”

He said Volt would like an EU federal system – something “between Germany’s and the United States”.

They also want the European Parliament to have more power.

He said: “Volt doesn’t want to rejoin because it would be good, we want to be part of something bigger.

“We believe it’s so amazing to be part of this integrated Europe, but also that if a country like the UK rejoins but doesn’t want to adopt the euro or be part of this federal Europe, that is fine.”

‘People are afraid of Brussels. They should be afraid of Westminster too.’

Haida thinks decisions should be taken as locally as possible – such as budgets, healthcare and education.

He said: “People are afraid of having a centralised government in power in Brussels, but they should be afraid of Westminster too. We believe we shouldn’t be ruled by Westminster either.

“Everyone who is in Westminster is just there to be in Westminster, not to represent. We send them there and they don’t come back.”

No place for ‘tribal’ national politics in today’s global problems

People have accused Volt of splitting the vote, but Haida said they are “making sure no one forgets” about the EU.

He said: “If the EU is about something, it’s about pragmatism and a common goal to move ahead.

“All countries and people have their cultural differences but what the EU managed to do is to bring them together.

“We are all here on the same continent and we are facing the same global challenges: climate change, Covid, demography. If we don’t place the same strategies, we are set to lose.”

He thinks it’s time to think and talk differently.

He said: “The debate here about Europe is very tribal, very black and white, you are either pro or against. It’s something the UK has to admit and realise, we can’t go back into this nationalistic thinking.

“We are not left or right, we are not dogmatic. This tribal politics, ‘my way or no way’, is just about political ideals and it’s from the last century.

“Everyone keeps talking about this Progressive Alliance, but if we keep talking about our differences, this alliance will never happen, if people are so afraid of us because we stand up for Europe.”

How Volt UK is tackling tribal politics through their party

Volt UK has recently launched a new way to build bridges in politics.

If politicians agree to three principles, they would not “stand in their way”.

The principles areproportional representation, decentralisation from Westminster, and being pro-European and supporting a better deal.

Haida said: “We are trying to build local networks and alliances, and this campaign will hopefully run until the next general election.”

And although they have a candidate in Warwickshire, Volt UK also has members in Renew and Rejoin EU, two other pro-EU parties formed after Brexit and running in UK’s May 6 elections.

Haida said: “It would be a shame if we competed against each other. We should help each other.

“Across Rejoin EU we have candidates on London-wide lists, and some in Scotland.”

They also go a step ahead in building bridges in politics, in terms of their candidates’ backgrounds.

Related: Renew Party: Challenger candidates ‘don’t get to make their case’ in the media