GMB host Adil Ray said it was incomprehensible that the daughter of immigrants would "pose for a photo opp like this." 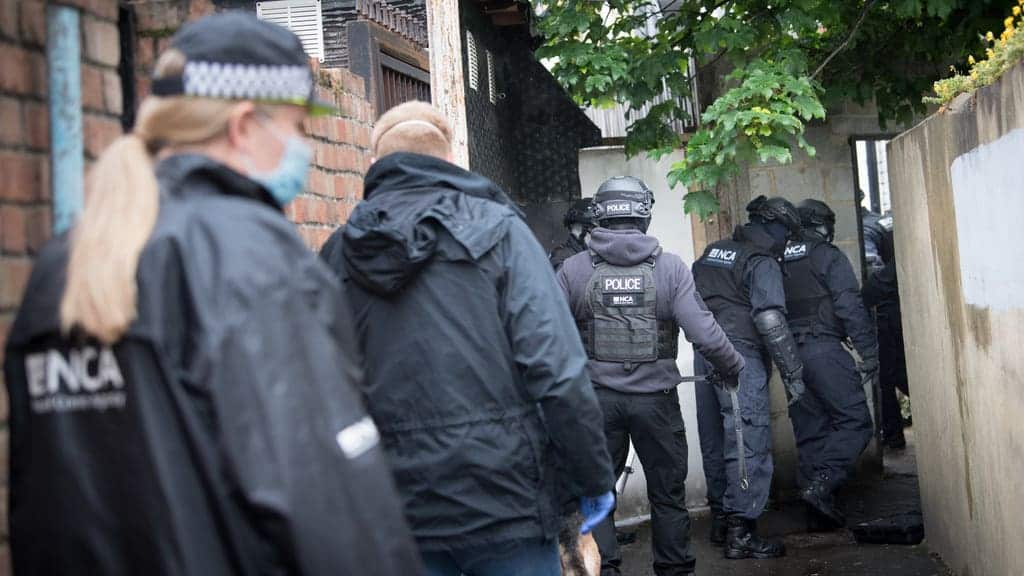 A photo of Priti Patel overseeing a National Crime Agency operation in London has been branded “disgraceful” by people on social media, with Good Morning Britain host Adil Ray leading the condemnation.

The home secretary was on the scene during an NCA swoop in Woodford Green and Bushwood, east London, on Wednesday.

The operation involved more than 130 officers and follows an investigation, codenamed Operation Symbolry, into an organised crime group using a network of predominantly Romanian lorries to smuggle people between France and the UK.

Speaking at the scene, Patel said people smugglers are “treating innocent lives as a commodity and lining their pockets while people are dying”.

It comes after the home secretary announced plans to crack down on people smuggling with maximum life sentences for those involved in the crime, and moved to deny asylum to migrants who have travelled through a “safe” country such as France to reach the UK.

But pictures released shortly after the raids have provoked outrage on social media.

Adil Ray commented that he couldn’t quite believe how the daughter of an immigrant could pose for photos like this, while others branded the “dehumanising scenes” as “disgraceful”.

Priti Patel’s parents & mine were told to leave Uganda & Kenya, in some cases to save their lives. After much protest (at one point they wanted to dump them on the Falklands) UK let them in. To think years later a daughter of that generation would pose for a photo opp like this. pic.twitter.com/v3I9PpRQDx