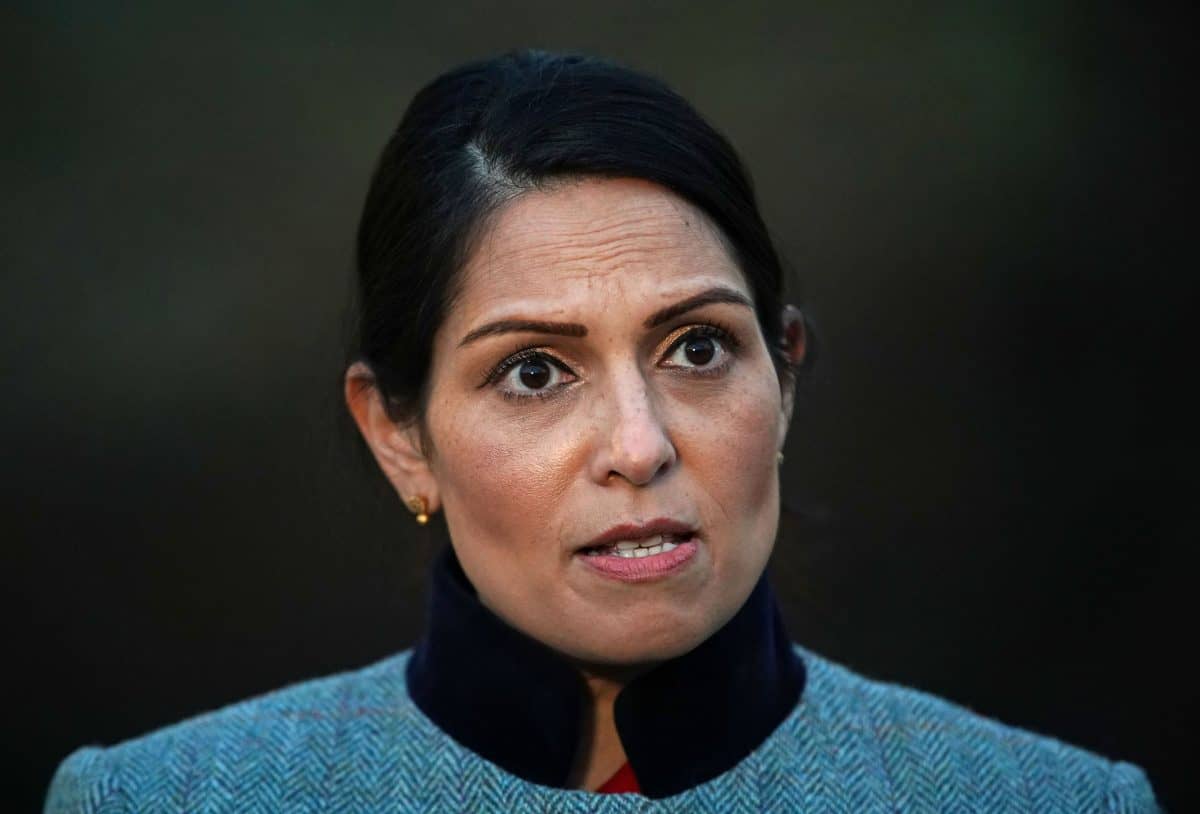 Priti Patel has been accused of a “glaring and flagrant” breach of the Ministerial Code, after it emerged she lobbied a fellow minister on behalf of a healthcare firm trying to secure a £20 million PPE deal.

Labour demanded an inquiry by Cabinet Secretary Simon Case into Patel’s actions, just months after Boris Johnson kept her in post despite an investigation finding she broke the code by bullying staff.

An investigation by the Daily Mail revealed that the home secretary lobbied Michael Gove, the Cabinet Office minister, in April last year over a £20 million contract for surgical masks for Pharmaceuticals Direct Ltd (PDL), after an approach by her former adviser Samir Jassal.

Her efforts failed after Matt Hancock, the health secretary, decided the masks were “not suitable for the NHS”. But, weeks later, the firm was awarded a no-bid, no-competition deal worth £102.6 million to supply a better type of mask.

Patel reportedly made no declaration about Jassal’s approach, and did not mention her links to PDL.

Jassal, a two-time Conservative parliamentary candidate and local councillor in Kent, played a key role in negotiating the lucrative deal – with the masks prices at twice the Government’s “benchmark” rate.

The Good Law Project is now highlighting the deal in a High Court judicial review – with Patel’s role certain to come under scrutiny.

Dominic Grieve, the former Tory attorney general, told the Mail: “This is quite astonishing. This Government seems to have no idea of the basics of propriety in procurement.”

The home secretary insists she did nothing wrong, with a spokesman telling the paper: “The Home Secretary rightly followed up representations made to her about the vital supply of PPE.

“During a time of national crisis failure to do so would have been a dereliction of duty.”

In a letter to Case, Labour’s deputy leader Angela Rayner and Nick Thomas-Symonds, Patel’s opposite number, said: “It is difficult to reach any conclusion other than that the Home Secretary lobbied the Government on behalf of PDL as a favour to her friend, Samir Jassal.

“This would represent a glaring and flagrant breach of the Ministerial Code.”

They added: “The Home Secretary was lobbying for huge amounts of taxpayers’ money to be spent on PPE that was unsafe for use by frontline NHS staff… The public has a right to know why the Home Secretary lobbied ministers on behalf of a client of Samir Jassal, her friend, former ‘adviser’ and a prominent Conservative Party activist.”

Jassal, 35, has often been pictured with prominent Conservatives – including Johnson and his predecessors Theresa May and David Cameron. When he stood in the west London seat of Feltham in the 2017 general election, Patel campaigned with him – and tweeted she was “delighted” to join him canvassing.

In the early days of the pandemic, PDL pitched to supply KN95 masks from China. But the deal fell through and, on 29 April, the firm’s sales chief Surbjit Shergill wrote to Patel and said “trust” had been broken.

Patel subsequently wrote to Gove on 3 May, as the Cabinet Office was coordinating PPE procurement. She wrote that the cancelled order had exposed PDL to “financial pressure”.

“I would be most grateful if you could review this matter urgently… and work with the company to distribute and supply these masks,” she wrote.

Jolyon Maugham QC, the Good Law Project’s executive director, said: “Priti Patel may not have secured PDL a contract when they first tried to get one in April, but we hope to determine whether her representations or those of other ministerial contacts of PDL helped when they were awarded their much more lucrative deal in July.”