The Home Secretary made the remarks as she defended the Government’s immigration plans to refuse visas to low-skilled migrant workers after Brexit. 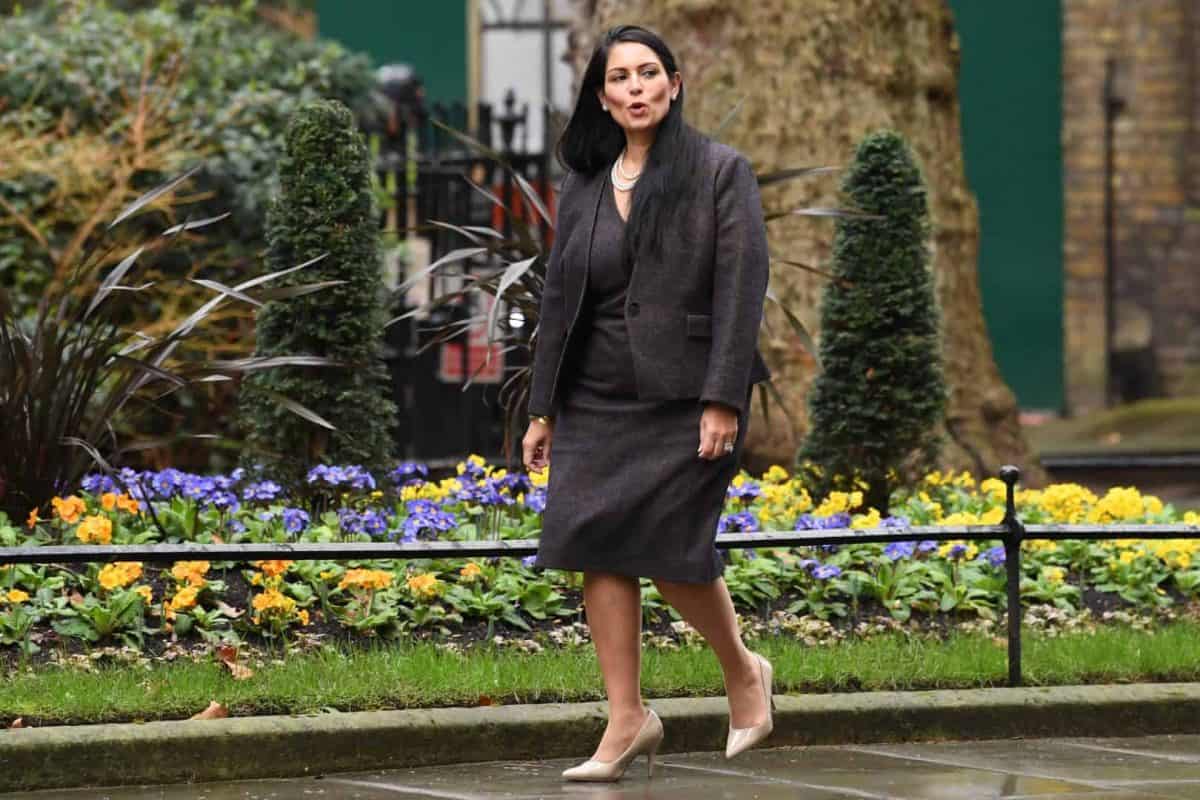 The Tory MP said the artist’s comments shortly before winning album of the year were “utter nonsense”, and she defended the Prime Minister as “not a racist at all”.

Dave added verses to the end of his song Black criticising the Government for the Windrush scandal and its handling of the Grenfell disaster.

“The truth is our Prime Minister’s a real racist”

“The truth is our Prime Minister’s a real racist,” he rapped during the performance at London’s O2 Arena.

Ms Patel was asked about Dave’s criticism as she defended the Government’s immigration plans to refuse visas to low-skilled migrant workers after Brexit.

“I mean I don’t know what those comments are based on. It’s wrong to make judgments about individuals when you don’t know a particular individual.

“He’s not a racist at all and I just think those comments are highly inappropriate.”

But the rap was backed by Tory peer Baroness Warsi, who highlighted Downing Street’s hiring of aide Andrew Sabisky, who claimed black people have lower IQs.

“After the appalling appointment of #Sabinsky & the shameful lack of condemnation this week from No10 this performance felt like a necessary wake up call in the most provocative way,” the former Conservative Party chairwoman tweeted.

Mr Sabisky stood down amid mounting pressure when a slew of highly-criticised past comments surfaced, but No 10 has failed to condemn his remarks.

Labour is demanding to know whether the PM agrees with Mr Sabisky’s views, pointing to an article published in The Spectator magazine when Mr Johnson was its editor which claimed “blacks are at the other pole” to “orientals” who have “larger brains”.

“As a young black man who’s seen paper and crack. Give them tougher sentences? It’s just papering cracks,” he rapped.

And he criticised the Government, saying: “Grenfell victims still need accommodation and we still need support for the Windrush generation.”