Topham Guerin bagged the work thanks to emergency Covid-19 regulations that allow the government to ditch the usual competitive tendering practices. 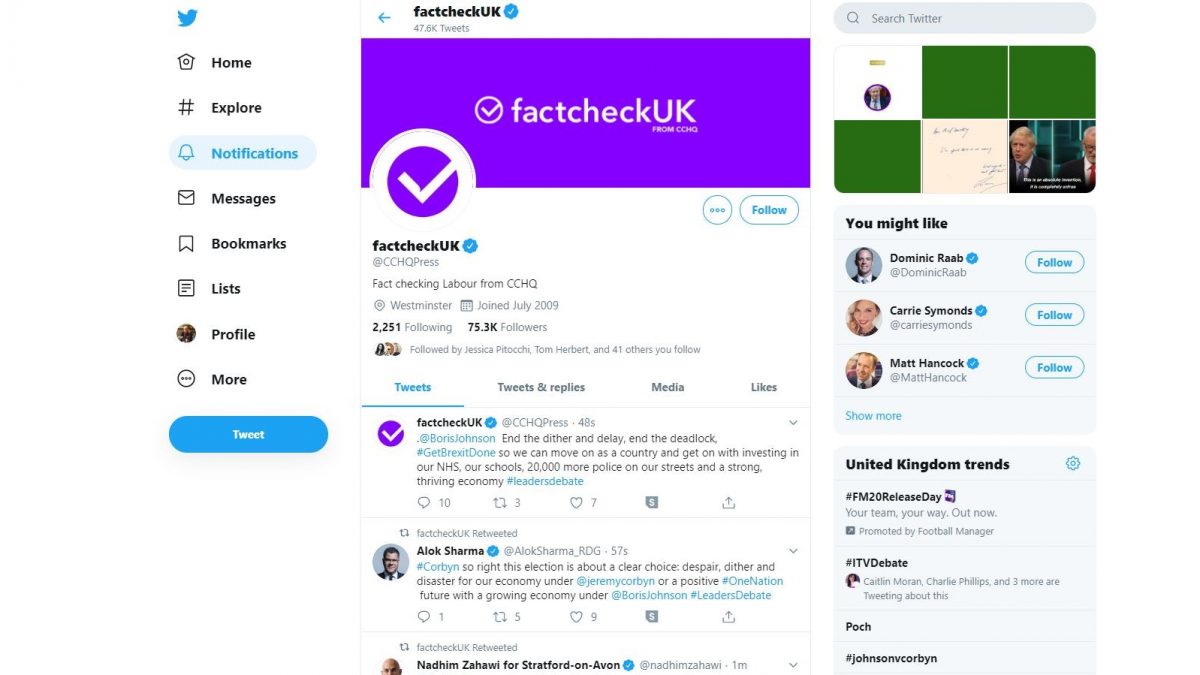 A PR firm which masterminded the rebranding of the Conservative Party’s Twitter account as “factcheckUK” during the leaders’ debate was handed a £3 million government contract uncontested, the Guardian and openDemocracy have revealed.

Topham Guerin, which specialise in producing images and videos for social media, was given a contract to work on Covid-19 messaging earlier this year without a competitive tender.

It bagged the work thanks to emergency regulations that allow the government to ditch usual competitive tendering practices and hand out work to whomever they choose.

Among the responsibilities listed they will be expected to attend daily meetings at Downing Street or the Cabinet Office and lead the branding strategy and produce social media content.

And while the current contract runs until 16th September, it is understood that the Cabinet Office is already negotiating with them to send more work their way.

Last year the Conservative Party faced widespread criticism after one of its official Twitter accounts was rebranded as a trusted fact checking company.