A number of the 2019 intake of Tory MPs have submitted no confidence letters, it has been reported. 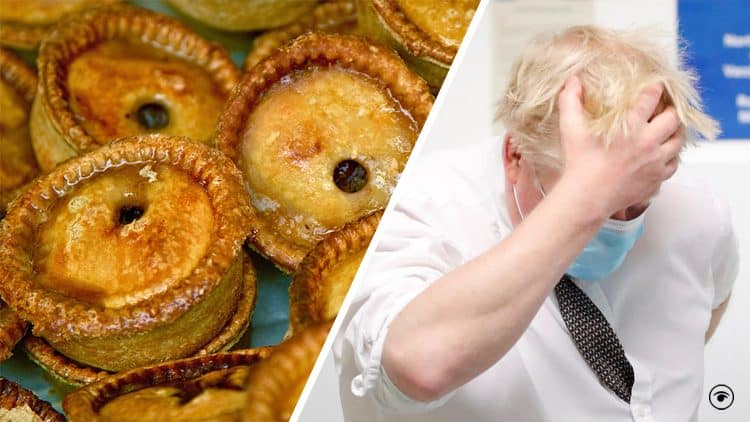 Displeasure with Boris Johnson exploded into life in Westminster on Tuesday, after a plot by the newest intake of Tory MPs to oust the prime minister was exposed.

Despite Johnson appearing in public for the first time in a week, he was unable to quell the growing unrest on his own benches, with his appearance arguably intensifying anger at his leadership.

A group of 20 MPs from the 2019 intake, who won their seats as part of Johnson’s landslide, met yesterday to discuss whether to act against him, The Times reported. A similar meeting took place the day before.

Tory whips have reportedly accused three MPs of leading the plater: Chris Loder, the MP for West Dorset; Gary Sambrook, the MP for Birmingham Northfield, and Alicia Kearns, the MP for Rutland & Melton.

One minister told The Times on Tuesday night: “Events are suddenly very volatile. We’re worried that a lot of the 2019ers have just turned.”

One 2019 MP said: “If I thought there was a good northern candidate in with a chance, my letter would be in already. I’m sick of this. I’m pretty close anyway. Sue Gray [the civil servant investigating the parties] is just kicking the can down the road — realistically she’s not going to say anything we didn’t already know.”

Another hit out at the whips for “deciding to put out the stuff about meetings ignorer to flush people out”, adding: “It backfired.”

Others expressed their fury at Johnson’s interview with Sky News, in which he denied being warned by Dominic Cummings that a Downing Street party he attended in May 2020 breached lockdown rules. “The Old Etonian arrogance of the man is astounding,” an MP said.

Meanwhile the prime minister’s allies continue to defend him. Nadine Dorries, the culture secretary, told The Times: “The people who are doing this are being disloyal to the prime minister, the party, their constituents and the wider country.

“They should judge the prime minister on his record of achievement. We have more people boosted, tested and more anti-virals than any country in the EU. We have the most open and fastest growing economy in the G7.

“He has led us out of a global pandemic to the other side. We have a responsibility to govern in a way that is stable and secure.”

Another cabinet source told the paper: “It’s pretty sickening. They were only elected because of him. Most of them are a load of nobodies. It’s nuts.”

The Telegraph reported on Wednesday morning that eleven members of the 2019 intake had submitted letters of no confidence in Johnson this morning.