Polling: The left remains ideologically divided. Is this a problem for Keir? 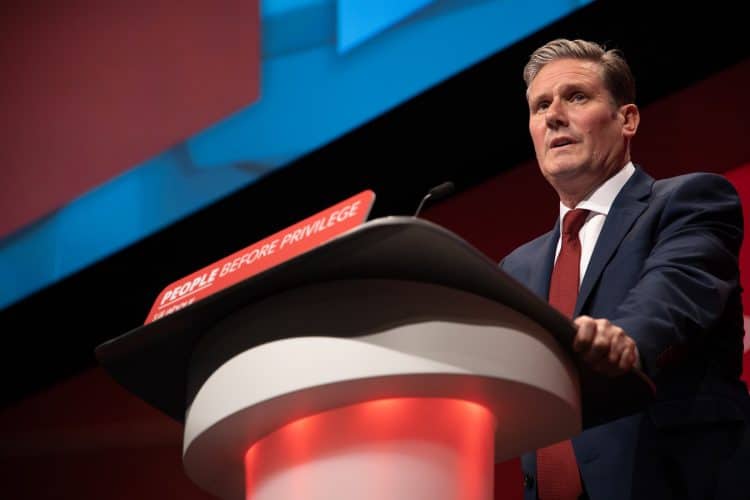 On the surface, new proprietary polling from think tank Millbank, conducted with Opinium seems like it would be bad news for Labour. They find British voters are ideologically fragmented, especially on the left, with the largest single bloc belonging to conservatives. Just 6 per cent of voters say they are socialists, 5 per cent social democrats and 8 per cent left wing. Compared to 19 per cent saying they are conservatives and 6 per cent right-wing. However, is this a problem for Keir?

Well, yes and no.

The poll was conducted at the same time Opinium found a Labour vote share of 44 per cent to the Conservatives 29 per cent. The apparent lead for conservatism is likely more a reflection of the specific question.

When political debate is conducted through the lens of political parties, it is only natural respondents (especially those favouring one party) would be more likely to coalesce around an ideology sharing the name of a major party. This is reflected in the fact a vast majority of current Conservative voters, 63 per cent, describe themselves as conservatives. Meanwhile, amongst Labour supporters, 40 per cent respond either “none of these”, “don’t know” or “other”.

This 40 per cent figure is in line with that of the total sample, 39 per cent, and significantly higher than for the Conservatives. Which suggests “conservative” responses may be inflated by partisan identification; whilst a large section of voters don’t have a specific named ideology. Labour may also have less cause for concern, as they are able to draw more readily from “liberal” and “environmentalist” voters.

Another potential worry for Starmer highlighted by the poll could be the decline in share of “socialist”, “social democrat” and “left wing” voters amongst Labour supporters relative to 2019. To an extent, this arises from an increase in less ideological and traditionally labour inclined voters, which reduces the proportion of ideological adherents.

The nominal amount of Labour supporters from each ideological tradition has actually increased on 2019, though based on vote shares this is expected. When looking at the Opinium Voting Intention poll from the same timeframe: Labour retained 83 per cent of their 2019 voters; the Conservatives – just 49 per cent.

One finding from the poll that is perhaps most striking is the proportion of people choosing to define themselves as environmentalists. 8 per cent of voters now describe themselves as such, a comparable share to liberals and left wingers.

A majority of these voters also don’t support either the Conservatives, Labour and the Liberal Democrats – perhaps providing an explanation for the Green’s relative strong poll showings whilst highlighting a potential area for the major parties to move into. The scope for this is only likely to increase in the period approaching an election, where voters more inclined to the Greens might look for a tactical alternative.

This polling paints a mixed picture for the Labour party’s potential electoral fortunes – and the work that they need to put in, to succeed when that general election comes. A shift away from the socialism of the Corbyn years, the socialism of 2019, would perhaps suggest that Keir’s move towards the centre, is working – though a still divided left-leaning coalition defines the body of people most likely to vote for him in the coming years… a demographic still, arguably, in need of some uniting if they’re to take on a still well-supported c(C)onservative cohort, likely led by a seemingly solid Rishi, and a bloc brought together by the universality of their ideological belief system.