“Time will tell if such sentiment reflects a decisive shift in Labour’s favour or merely reflects a moment in time.” 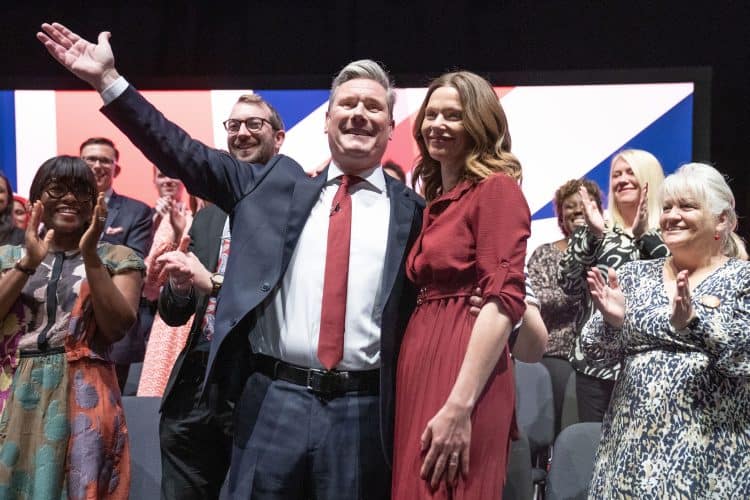 Half the public now believe it is likely Sir Keir Starmer will become prime minister – as expectations grow of a Labour general election victory amid troubles for the Government.

More than of third of voters (35 per cent) said it was unlikely Sir Keir will become prime minister, a decrease from 50 per cent in January.

Half of those polled on September 28-29 said they think Prime Minister Liz Truss is doing a bad job, with fewer than one in five (18 per cent) saying she is doing a good job.

This compares to 26 per cent who thought Boris Johnson was performing well just before he announced his resignation in July.

The poll also found 39 per cent of Conservative voters in 2019 think Ms Truss is doing a bad job, while 18 per cent say she is performing well.

The findings come amid widespread criticism of the Government’s economic strategy, with the value of the pound falling following Chancellor Kwasi Kwarteng’s mini-budget last week.

The proportion of those polled who say a Labour government led by Sir Keir would do a better job than the Conservatives has risen to 41 per cent, compared to 36 per cent last month when Mr Johnson was still prime minister.

This is the highest percentage since Ipsos started asking the question in 2021.

When asked about Conservative alternatives for the top job, 35 per cent said defeated leadership candidate Rishi Sunak would do a better job at leading the Government than Ms Truss, with 39 per cent saying it would make no difference.

The proportion of those who backed Mr Sunak represents an increase of six points since August, when the same question was asked about Mr Johnson.

When questioned on whether Mr Johnson would be doing a better job than the current Prime Minister, 53 per cent of Conservative voters in 2019 said he would.

Overall, voters were split evenly on whether this would be the case, with 29 per cent saying Mr Johnson would do a better job and 28 per cent having the opposite view.

Divisive shift or moment in time?

He added: “More Britons now think Keir Starmer will be prime minister one day and the public are increasingly likely to think a Starmer-led Labour government would do a better job in office than the current Government.

“Time will tell if such sentiment reflects a decisive shift in Labour’s favour or merely reflects a moment in time.”

The survey found majority support for a general election taking place this year, with 53 per cent in favour and 20 per cent against.

These proportions have remained largely unchanged since polling earlier this month.