We talked to Yegor Faizov, a Founder, Creative Director and Motion Designer of Videocase. He is a highly recognized Motion Designer who worked on projects for such world-renowned brands as T-Mobile, Levi’s, Pokémon Company, Ford, UFC, WarnerMedia, Nesquik, etc. 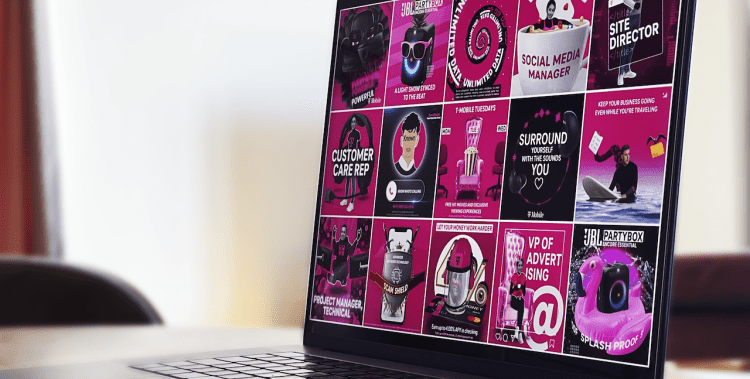 You are a Motion Designer and a Creative Director. How do you balance these roles?

Both roles are what I am fond of doing the most so I easily balance between them. I know my creative abilities, technical expertise, and the abilities of the people that I recruit so I come up with ideas that we can implement best. There are no contradictions between creative and production, and everything goes smoothly. Even when we have to go beyond, I know exactly how far we can go.

Tell us about the key events in your career.

I can remember the following events: my commercial videos are running on three TV channels, work at BBDO, the creation of SNS projects that brought me awards at international advertising festivals, work for myself with world-famous brands, and my video for Levi’s is running in Times Square.

You won silver for the GT5: Google Street View Banner project at the KIAF advertising festival, which is one of the most prestigious in the industry. Tell us more about the project.

The task from Sony was to show the realistic graphics of their racing video game Gran Tourismo 5 for Play Station. But it had to be done in an ordinary Internet banner. Since Google Street View provides the most realistic image of our world, I had the idea to integrate it into the banner, while keeping it interactive. It seemed basically impossible. But at a certain point, I managed to find a programmer who could make it happen. We were able to create the ability to drive three tracks from the game using the keyboard and mouse. It was Google Street View with a view from the cockpit of a race car in the format of a regular Internet banner. No one in the world had done that before!

Today, you have your own Creative Motion Design Studio called Videocase Production. There are T-Mobile, Levi’s, Pokémon Company, WarnerMedia, Nesquik and many others among your clients. How did you manage to reach this level and work with famous brands?

Each of these clients came to me initially when I won international pitches. Later they continued to work with us because of the high caliber of our previous work for them. In the first case, it is critical to choose the right approach and a key to a particular client and their tasks. Sometimes, you even need to think for them and decide what they really need. And in the second case, it is all about creativity and excellent execution.

For Pokémon TCG FAQ Series, you have made 17 animated videos in 7 languages. 119 videos in total. Is it a usual order volume for your studio? How did you work on the order?

No, it was not the usual volume. And, probably, it was the most difficult project from both creative and production points of view. Pokémon Company has its own production studio, assets, its own structure of projects and sources for them. We needed to delve into them completely, understand how everything was arranged to create not only the videos of the right kind but also the source which had to correspond to the structure of their production. We managed to get this train of 119 “cars” going and, fixing little issues, deliver it right on time and in such an excellent state that, a few months later, the client came back to us and gave us a second similar project for 42 videos. Complex projects “pump” your skills better and faster than ordinary ones. And Pokémon provided us with the most powerful development in every aspect.

Which projects are the most memorable for you?

In addition to Pokémon, the video for Levi’s in Times Square. I also remember the project for the series Snowpiercer on TNT and Netflix. For the first two seasons, they held an international contest for the design of car concepts for their post-apocalyptic train. I won both and created 11 concepts for them. This was an unusual experience because I had never created concepts before.

And as for recent projects, I really like to work with T-Mobile. They are very brave and provide me with plenty of creative freedom. As a result, we get really unusual projects with great motion design and creative ideas that convey their messages in an exciting way.

How has your style changed over the years? Are there any favorite techniques that can help us to recognize your works?

Our motion design has become more dynamic and bolder recently. There are no techniques that can help you recognize our works because almost all of them are made in different styles and are unique since we adapt to each client’s needs and desires.