The Court of Session is hearing a legal challenge to Boris Johnson’s new agreement on EU withdrawal. 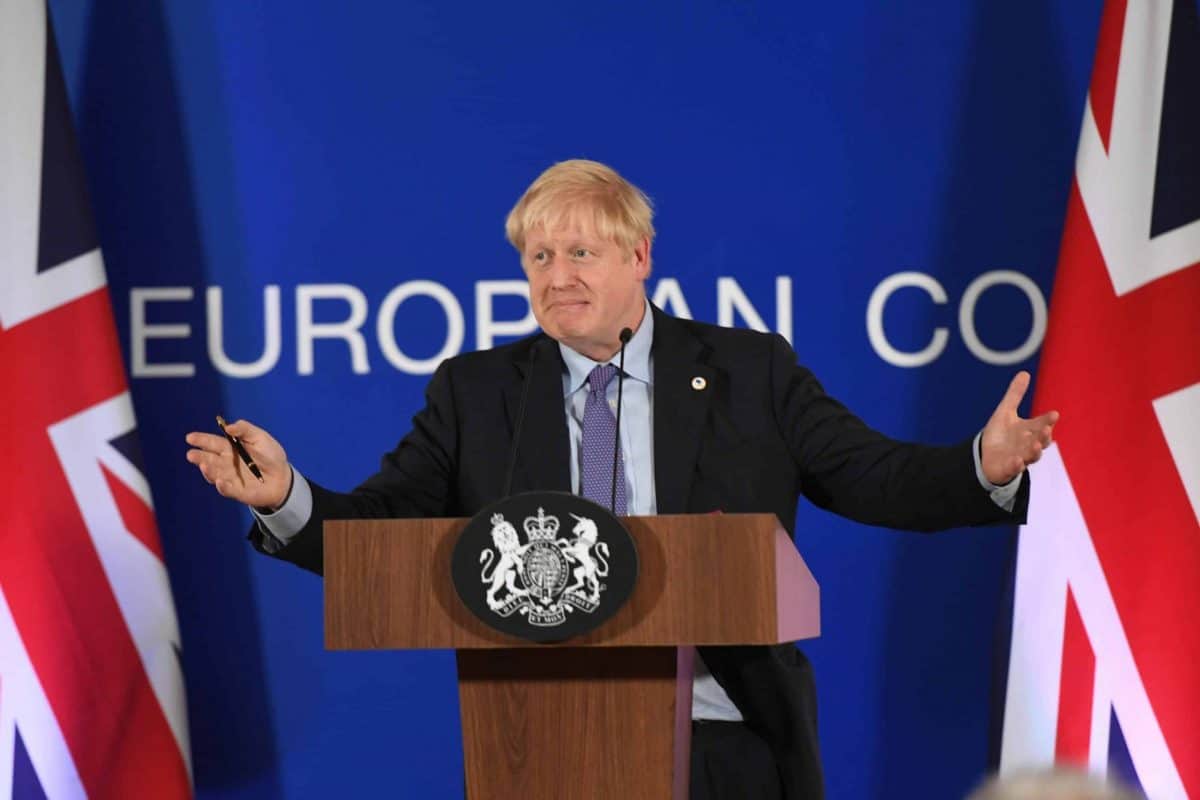 The Brexit agreement Prime Minister Boris Johnson has claimed is a “great new deal” is unlawful and should not be considered by Parliament, a court has heard.

A legal challenge argues the proposed deal negotiated with the EU breaches UK law by leaving Northern Ireland in a separate customs arrangement to the rest of the country.

But Government lawyers defended the deal and claimed the legal action is a “direct and manifest interference with Parliament”.

The petition is being heard in the Court of Session in Edinburgh – Scotland’s highest civil court – which previously ruled Mr Johnson’s prorogation of Parliament was unlawful.

Aidan O’Neill QC, acting for the petitioners, told the court on Friday the proposed Brexit deal would mean a “continuing regime of EU law applicable to Northern Ireland” – contrary to Section 55 of the Taxation (Cross-Border Trade) Act 2018.

He said this would breach the Act’s terms by creating different customs rules in Northern Ireland to the rest of the UK, leaving the deal void and unsuitable to be put before Parliament.

Mr O’Neill said: “What we have before us is a void agreement that has been presented publicly and to Parliament as valid.

“The agreement which was presented yesterday is void; is of no effect as a matter of law.

“If the interim suspension is granted on the basis that the agreement as a matter of national law is void, then there’s no agreement which can be laid before the House.”

The Prime Minister and European Commission President Jean-Claude Juncker on Thursday announced the two sides had come to an agreement on a Brexit withdrawal deal, ahead of a crucial EU summit in Brussels.

EU leaders then approved the deal, and MPs are expected to vote on it on Saturday.

When asked what the effect of granting the petition would be on Parliament sitting on Saturday, Mr O’Neill said it could potentially repeal the law which currently prevents Northern Ireland being part of any different customs arrangements to the rest of the UK.

He added: “Parliament is the supreme and sovereign body, it can – if so advised – pass or vote on legislation which would repeal the relevant provision: Section 55 of the Taxation Act.

“It could retrospectively validate the agreement that has been reached.

“All this court can do is apply the law as it currently stands.”

The challenge has been brought before Lord Pentland at the Outer House of the Court of Session by the Good Law Project, led by Jolyon Maugham QC.

Gerry Moynihan QC, acting for the Government, described the legal challenge as a “direct and manifest interference with Parliament” and revealed the House of Commons Speaker’s counsel had written to both parties urging them not “inhibit” bringing a matter before Parliament.

Mr Moynihan said suspending the agreement would prevent the deal being brought before Parliament, acknowledging the Government would not be able to claim a deal had been done or agreed if the court ruled the agreement unlawful.

“It would be utterly futile to lay a copy of that non-agreement before the House,” he said.

“It is a gross intrusion into the separation of power,” he said of the legal challenge, which he claimed was “simply incompetent”.

He argued Northern Ireland would remain in the UK’s customs territory because “a substantial part” of trade would still be with the UK.

Lord Pentland said he would make a decision by 5pm on Friday.