PMQs: Sunak ripped to shreds by Starmer over Nurses strike

In an explosive PMQs, Starmer accused the Prime Minister of entering “hibernation” rather than working to get Thursday’s first ever nationwide strike of nurses called off. 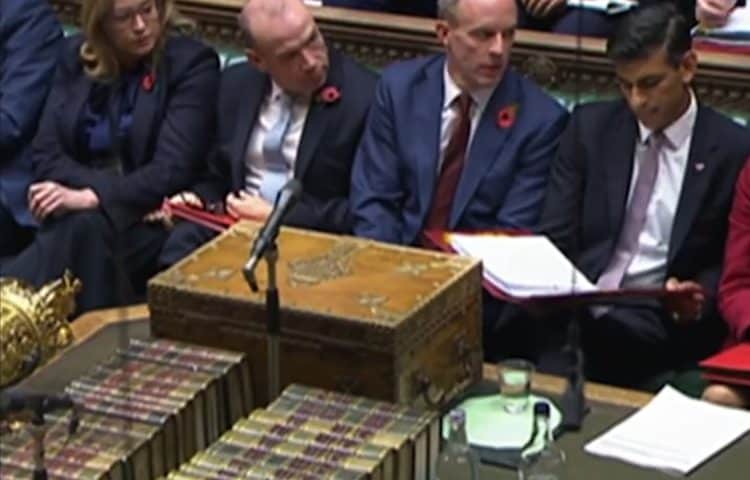 Sir Keir Starmer has urged Rishi Sunak to negotiate with nurses over pay as he labelled the impending strike a “badge of shame” for his Government.

The Labour leader accused the Prime Minister of entering “hibernation” rather than working to get Thursday’s first ever nationwide strike of nurses called off.

There were no talks between Health Secretary Steven Barclay and the Royal College of Nursing (RCN) scheduled after they fell apart on Monday.

The union has been demanding a pay rise of around 19% but has indicated it is willing to accept a lower offer if ministers agree to negotiate, but they have so far refused.

At Prime Minister’s Questions, Sir Keir said that all Mr Sunak needs to do to avert the strikes is to “open the door and discuss pay with them”.

“If he did, the whole country would breathe a sigh of relief. Why won’t he?” the Labour leader asked.

Mr Sunak insisted his Government has “consistently spoken to all the unions involved in all the pay disputes” amid a wave of action this winter.

But he conceded there are “millions” of people who will have their care disrupted because of the industrial action in the NHS.

Sir Keir told him: “Nurses going on strike is a badge of shame for this Government. Instead of showing leadership, he is playing games with people’s health and there is a human cost.

“After 12 years of Tory failure, winter has arrived for our public services, and we’ve got a Prime Minister who has curled up in a ball and gone into hibernation.

The Prime Minister insisted they are standing by the offers recommended by the independent pay review body and claimed the strikes were “Labour’s nightmare before Christmas” because of the party’s links with the unions.

A meeting of the Government’s emergency Cobra meeting took place on Wednesday morning as ministers arrange contingency plans to limit the strikes’ damage.

Meanwhile, commuters were enduring the second day of severe rail disruption from the Rail, Maritime and Transport union (RMT) walkout.

On the second day of the 48-hour strike, around half of Britain’s rail lines were to be closed all day. Many parts will have no services, including most of Scotland and Wales.

Thousands of members at Network Rail and 14 train operating companies were taking action over the long-running dispute over pay, jobs and conditions.

Postal workers in the Communication Workers Union (CWU) were staging a fresh 48-hour national walkout, their third of six days of strikes in the run-up to Christmas.

Nurses in England, Wales and Northern Ireland will walk out on Thursday unless there is a breakthrough.

The RCN has been calling for a pay rise at 5% above the RPI measure of inflation, which was running at 7.5% when they submitted their request to the pay review board in March.

But inflation has since soared, with RPI standing at 14.2% in September.