Dominic Raab is being investigated over five fresh formal complaints about his conduct after Rishi Sunak referred the new allegations. 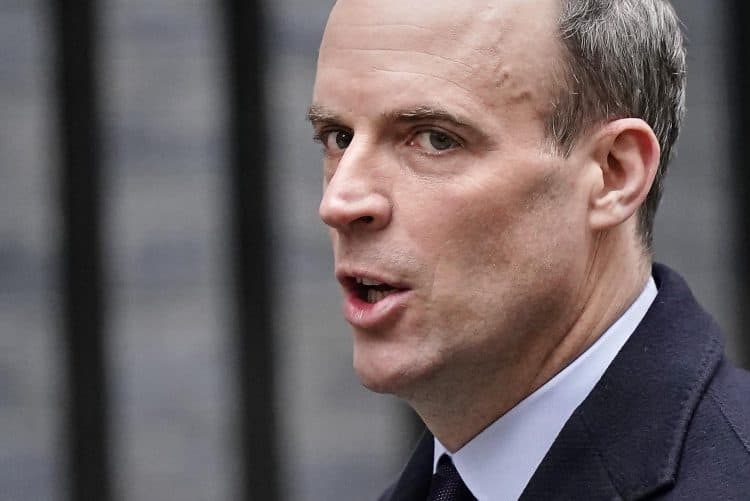 Dominic Raab is being investigated over five fresh formal complaints about his conduct after Rishi Sunak referred the new allegations to the senior lawyer conducting a bullying inquiry.

Downing Street said the new accusations – taking the total number in Adam Tolley KC’s investigation to eight – relate to the Deputy Prime Minister’s time at the Ministry of Justice (MoJ).

The Prime Minister’s spokesman declined to discuss the “extensive detail” of what period at the department the new allegations relate to, with Mr Raab currently on his second stint as Justice Secretary.

“I can confirm that the Prime Minister has now asked the investigator to include five further formal complaints relating to conduct at the Ministry of Justice as part of the ongoing investigation and in line with the existing terms of reference,” the official said.

Asked how Mr Raab, the MP for Esher and Walton, can remain in his Cabinet role considering the breadth of the allegations, the spokesman said: “We think it’s right there is an independent process, that the investigator looks into these claims thoroughly before coming to a view.”

The official would not put a timescale on when the investigation will be concluded, but said it is hoped to be finished “swiftly”.

Mr Sunak’s spokesman would not put a timescale on when the investigation will be concluded, but said it is hoped to be finished “swiftly”.

The Prime Minister made Mr Raab Justice Secretary in October, reappointing him to the position he served in under Boris Johnson for a year until September.

The three complaints already under investigation related to Mr Raab’s time as foreign secretary and Brexit secretary, as well as his time at the MoJ.

Mr Raab has insisted he “behaved professionally at all times”, but the more than doubling of the number of formal complaints is a blow to his attempts to clear his name.

The Prime Minister appointed Mr Tolley, a commercial and employment law specialist, to look into two initial formal complaints in November, but his inquiry has twice been expanded.

The lawyer needed to be brought in because the role of adviser on ministers’ interests has been empty since Lord Geidt’s resignation in June.

Labour suggested that Mr Raab should be suspended while under investigation.

“It’s pretty shocking that no action has been taken against the Justice Secretary given the allegations that there have been,” a Labour spokesman said.