Keir Starmer said the PM has shown "nothing but contempt" for the British people in a testy PMQs. 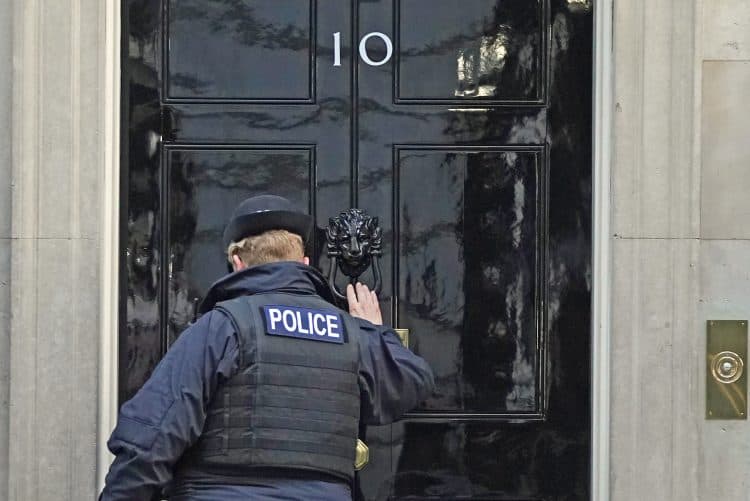 Boris Johnson has said he would “of course” resign if he is found to have misled Parliament over Partygate – but rejected calls from Sir Keir Starmer to do so immediately.

In a testy exchange at Prime Minister’s Questions, Johnson refused to comment on allegations that he broke coronavirus rules – claiming, incorrectly, that he is prevented from doing so because of ongoing investigations by the police and senior civil servant Sue Gray.

But he did admit that the ministerial code does also apply to him, after the Labour leader read out a rule which states: “Ministers who knowingly mislead Parliament will be expected to offer their resignation.”

Asked if that applies to him, Johnson said: “Of course, but let me tell the House that I think he is inviting a question about an investigation which is – as you know, Mr Speaker, I cannot comment – and which he, as a lawyer, will know that I can’t comment on.”

He confirmed that he would publish Gray’s report in full after he receives it – which could be as soon as this afternoon.

Starmer suggested the prime minister had already misled the House, reciting Johnson’s claim last month that no parties had taken place in Downing Street during lockdown – which has now been proven to be untrue.

He urged Johnson to go “now”, but Johnson unsurprisingly refused, insisting he was focussed on governing.

Sir Keir added: “The reality is we now have the shameful spectacle of the prime minister of the United Kingdom subject to a criminal investigation.

“Unable to lead the country. Incapable of doing the right thing. And every day his Cabinet fail to speak out, they become more and more complicit.

“What’s utterly damning, despite huff and puff, is that this is all happening when petrol prices, the weekly shop and energy bills are going through the roof.

“Instead of getting on with their jobs, they’re wheeled out to save his. Whatever he says in his statement today or tomorrow won’t change the facts.

“Isn’t this a prime minister and a government that have shown nothing but contempt for the decency, honesty and respect that define this country?