Boris Johnson defended democracy in remarks to a summit hosted by Joe Biden. 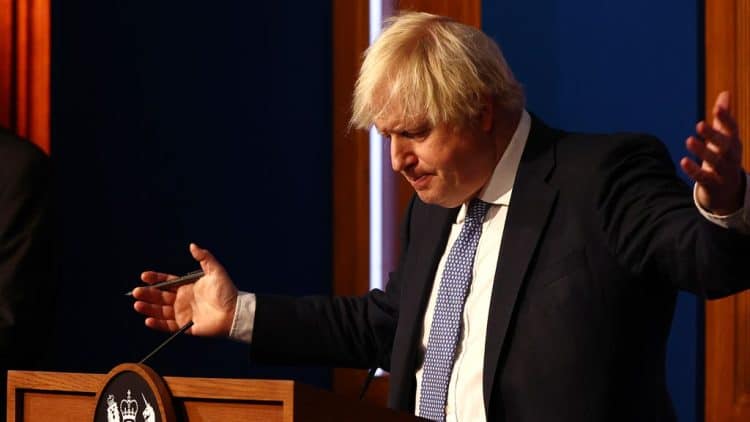 Boris Johnson has said voters have “every right” to cast him “down and out again” as he championed the benefits of living in a democracy.

In remarks he will deliver via a pre-recorded video to the Summit for Democracy, hosted by US President Joe Biden, the Prime Minister said he would “not wish it any other way” than for voters to be able to get rid of him at the ballot box.

He said: “Out of Athens more than 2,500 years ago, there came a simple and beautiful idea: that people are neither passive nor powerless, but free citizens with a right to participate in the governance of their country.

“The idea of democracy has gathered force down the centuries, inspiring billions across the world, and converging on the principles we all share.

“We believe that our peoples are entitled to elect and remove their governments through the ballot box, overseen by independent courts and a free media.

“We’re only here because our electorates have, at least for the time being, raised us to positions of responsibility for their affairs – but they have every right to cast us down and out again, and we would not wish it any other way.”

Foreign Secretary Liz Truss is representing the UK at the opening session.

Mr Biden opened the summit by saying protecting democracy is the “challenge of our time” and noted that “half of all democracies have experienced a decline in at least one aspect of democracy over the last 10 years, including the United States”.