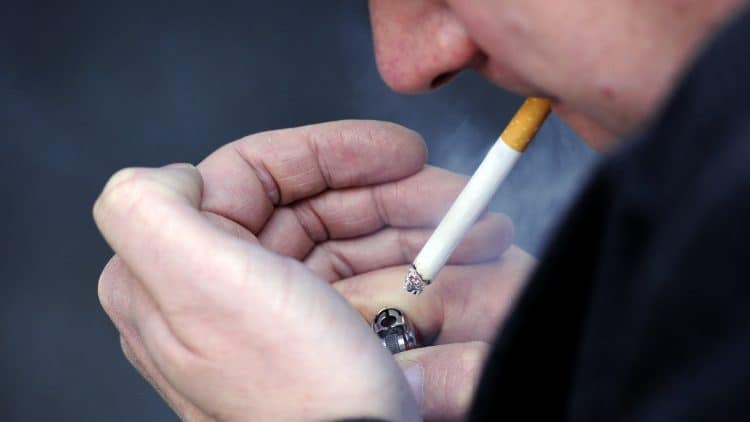 New Zealand will ban young people from being able to purchase tobacco, in groundbreaking plans to make the country smoke-free within four years.

Nobody who is under the age of 14 today will ever be legally permitted to buy cigarettes in a bid to eradicate smoking from the country, under new legislation to be introduced early next year.

Each year the legal smoking age – currently 18 – will be increased, with new age groups added to the ban list until the country is almost entirely free of smokers.

Jacinda Ardern’s government announced the plans to parliament on Thursday.

The number of retailers currently permitted to sell cigarettes is about 8,000, but will be cut to 500 – in a nation of five million people – with compensation for the thousands of retailers set to be forced out of business.

The government hopes to cut the smoking rate to five per cent or less by 2025. It is more than double that at present, and far higher among the indigenous Maori population.

“We want to make sure young people never start smoking so we will make it an offence to sell or supply smoke tobacco products to new cohorts of young people,” Ayesha Verrall – the associate health minister, an infectious-diseases physician – said. “This is a historic day for the health of our people.”

The anti-smoking measures are estimated to save NZ$5 billion – around £2.58 billion – on future health spending. Tobacco use is the leading cause of preventable death in New Zealand, and the cause of one in four cancers.

Smoking rates have been dropping in the island nation however, reaching 11.6 per cent in 2018 – compared to 18 per cent a decade earlier.

But the smoking rates for Maori are close to 30 per cent, while people of Pacific Island descent are at around 18 per cent.

Verrall said eradicating smoking within four years was within reach. “I believe it is. In fact, we’re on track for the New Zealand European population. The issue is, though, if we don’t change what we’re doing, we won’t make it for Maori, and that’s [what] the plan is really focused on.”

Dr Alistair Humphrey, chairman of the New Zealand Medical Association, said it was a “defining moment” for respiratory health – but the right-wing opposition ACT New Zealand party said the changes would spark a black market for tobacco.

Related: Johnson ‘asked for cash’ for flat refurb – then lied about it months later