“I think the silence does speak volumes.” 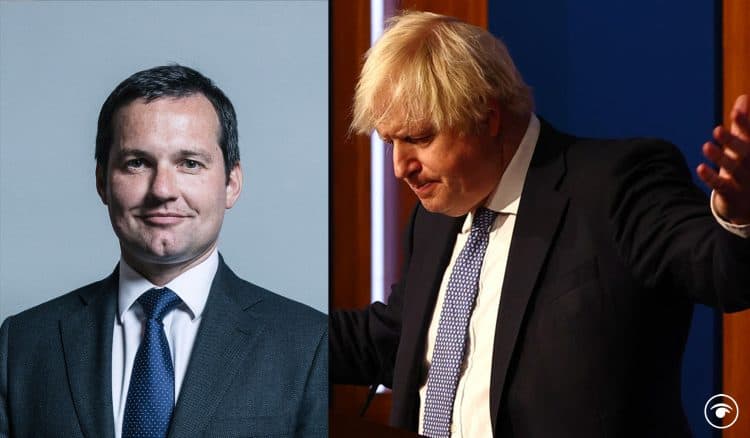 A red wall MP repeatedly refused to say whether he still had confidence in Boris Johnson during an interview on BBC Radio Manchester.

Chris Green, MP for Bolton West, suggested the prime minister had delivered a ‘dead cat’ when he brought in plan B restrictions in order to distract from the ongoing furore over last year’s Christmas parties at Downing Street.

Asked whether he still had confidence in the PM, Green paused for at least six seconds before saying: “I’m very concerned about what the prime minister is doing.”

Challenged again over whether he still had confidence in him, Mr Green paused for another five seconds – before saying the government would find it difficult to pass Covid rules in the Commons.

Asked once again whether he still had confidence in the PM, the Tory backbencher paused for eight seconds, before admitting: “I think the silence does speak volumes.”

Boris Johnson is facing anger from Tory MPs after he hastily triggered a switch to his Plan B for coronavirus restrictions to tackle the Omicron variant as Downing Street was engulfed in a crisis over allegations of a rule-breaking Christmas party.

The prime minister announced on Wednesday that work-from-home guidance will return, Covid health certificates are to become mandatory in large venues and mask rules will be extended to combat the rapidly-spreading strain in England.

But despite the strengthening of the rules he said Christmas parties and nativities could go ahead, as he set out the move while under increasing pressure over the event in No 10 last December.

Conservative backbenchers openly questioned the Government’s “credibility” in being able to enforce the rules while so many believed Downing Street had breached them.

Mandatory mask wearing will be extended to indoor public venues including cinemas, theatres and places of worship from Friday but will not be required in pubs and restaurants, while the guidance to work from home where possible will return on Monday.

The NHS Covid pass, which can be obtained by having two vaccines or a negative lateral flow test, will be introduced for entry into nightclubs and other large venues from December 15, as Mr Johnson set out the “proportionate and responsible” measures.

“Why should people listen to him?”

But he was forced to insist the public understands the “vital importance” of the measures as he faced continued questions over events in the run up to last Christmas and Downing Street’s denials that the gathering on December 18 amounted to a party.

Announcing the restrictions simultaneously in the Commons, Health Secretary Sajid Javid was told to “resign” by senior Tory William Wragg as the party row added to anger and fears that public support for the Conservatives had further “taken a hit” following the Owen Paterson affair.

Conservative former chief whip Mark Harper added: “What I am really concerned about is that it is unquestionably the case that over the last few weeks the Government’s credibility, whether it is on Paterson or on the Christmas parties, has taken a hit.

“Why should people at home listening to the Prime Minster and the Secretary of State do things that people working in Number 10 Downing Street are not prepared to do?”

Tory MP Ben Bradley ruled out voting for Plan B which includes “discriminatory” vaccine passports, and former minister David Davis questioned “how are you going to prosecute people who don’t obey it given the four previous parties?”

“I think the real issue is on the authority of the Government to enforce a, as it were, a new lockdown because people look at this and say why should we? It’s them and us again,” Mr Davis told ITV’s Peston.