The tagline reads: “A stronger economy to invest in our NHS, schools, police, infrastructure.” 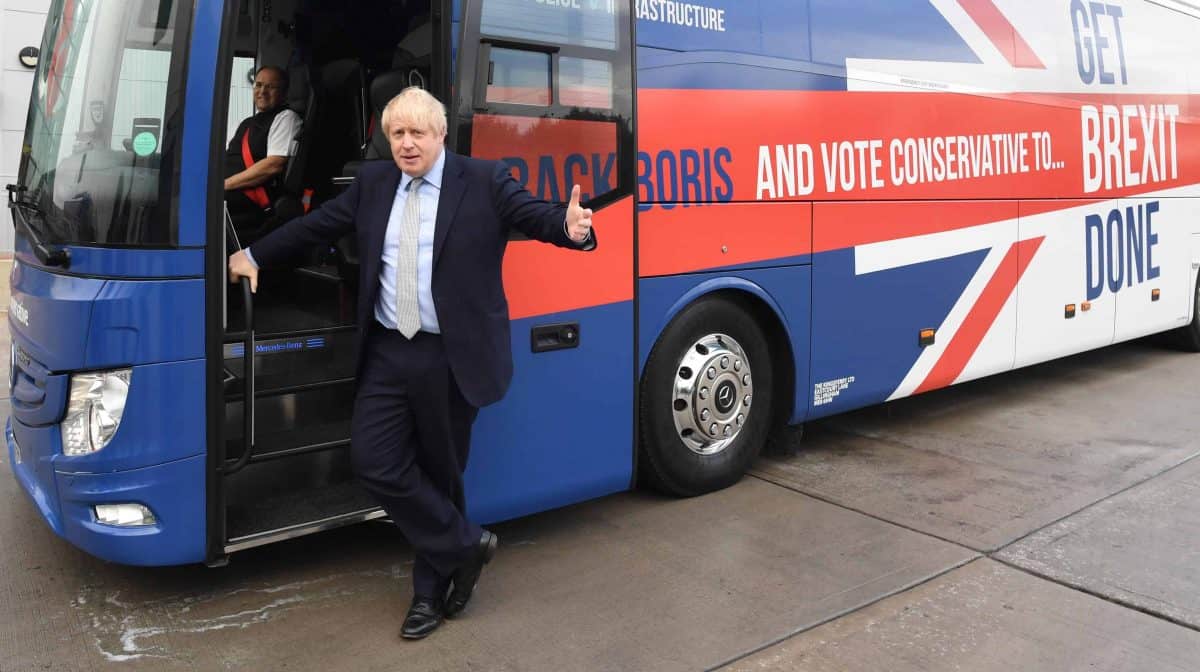 Boris Johnson stepped aboard the latest Brexit battlebus today just years after launching the infamous “£350 million to the NHS” carriage.

The Prime Minister unveiled his Mercedes-Benz Tourismo bus, which uses diesel and AdBlue, at a small rally with Conservative activists in Greater Manchester.

It has the slogan: “Back Boris and vote Conservative to… Get Brexit Done.”

It also has a tagline saying: “A stronger economy to invest in our NHS, schools, police, infrastructure.”

A small amount of text reading “emergency exit break glass” can also be seen, but this is a safety measure connected to the bus rather than a Conservative slogan.

Mr Johnson emerged via the emergency exit and described it as a “wonderful” bus.

He added in a speech to Tory activists that there will be “buses that are a lot greener than this”, once his party has implemented its “fantastic” policies.

“The answer is because Parliament is unfortunately paralysed.”

“Let’s fund our NHS instead”

Mr Johnson repeated several lines of attack on Labour leader Jeremy Corbyn, adding: “Come with us and get Brexit done, or waste more time and more of this country’s precious, precious economic future on another referendum and yet more dither and delay.”

Critics of Mr Johnson regularly highlight the bus he used during the 2016 EU referendum, when touring the country for the Vote Leave campaign.

This red bus claimed £350 million was sent to the EU each week by the UK, adding: “Let’s fund our NHS instead.”

The figure and commitment of how much money would be spent on the health service were disputed.

Related: Can you avoid crashing the Brexit Bus?