“In the face of the pandemic and a hostile Conservative government in Westminster – a government determined to do everything it can to undermine our long-contested national institutions – it is in our nation’s interests for the two parties to work together for Wales.” 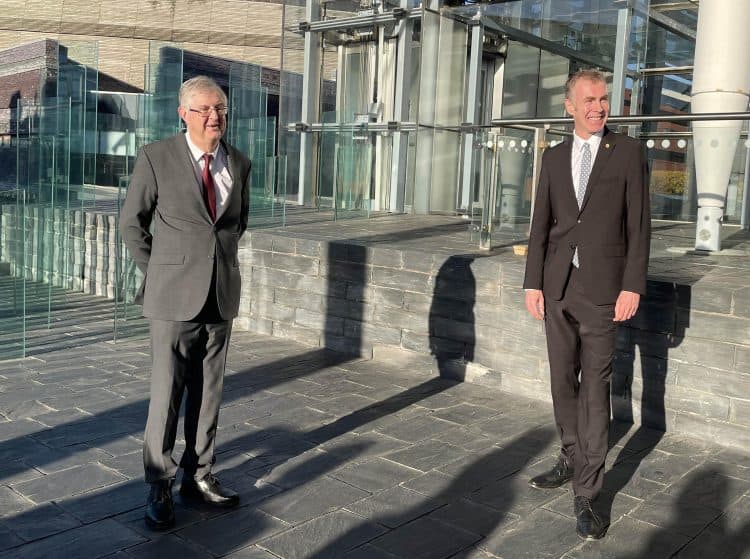 On Saturday, the last day of the party’s annual conference, 94% of members decided in favour of the three-year deal.

The wide-ranging deal covers 46 policy areas including providing free school meals for all primary school children, the establishment of a free-at-point-of-need national care system and building a north-south railway.

It does not amount to a coalition, meaning Plaid will not enter government, and party leader Adam Price has assured members and supporters the party will remain in opposition.

Following the vote, Mr Price said: “The co-operation agreement will bring immediate, tangible and long-term benefit for the people of Wales.

“From feeding our children to caring for our elderly, this is a nation-building programme for Government which will change the lives of thousands of people the length and breadth of our country for the better.”

He added: “Almost a quarter of a century ago, people in Wales voted for self-government for Wales, with a promise of a new type of politics. They placed their trust in a new democracy with an instruction to work differently – inclusively and co-operatively.

“In the face of the pandemic and a hostile Conservative government in Westminster – a government determined to do everything it can to undermine our long-contested national institutions – it is in our nation’s interests for the two parties to work together for Wales.”

Mr Price had addressed the conference on Friday saying the agreement, if passed, would be “a down-payment on independence” – the party’s main goal.

Discussions between the two parties were announced in September, months after Labour won 30 of the 60 seats in the Welsh Parliament, allowing it to remain in government but without a majority.

Plaid Cymru gained an extra seat in the election, bringing its total to 13, but dropped to third behind the Conservatives.

A deal was reached by the parties’ executive committees on November 21, which also proposed expanding the Welsh parliament, rent controls, and local tourism taxes, as well as a pledge to move the net zero target from 2050 to 2035.