Dr Rosena Allin-Khan had asked if she would work with Labour to deliver a mental health package for NHS workers. 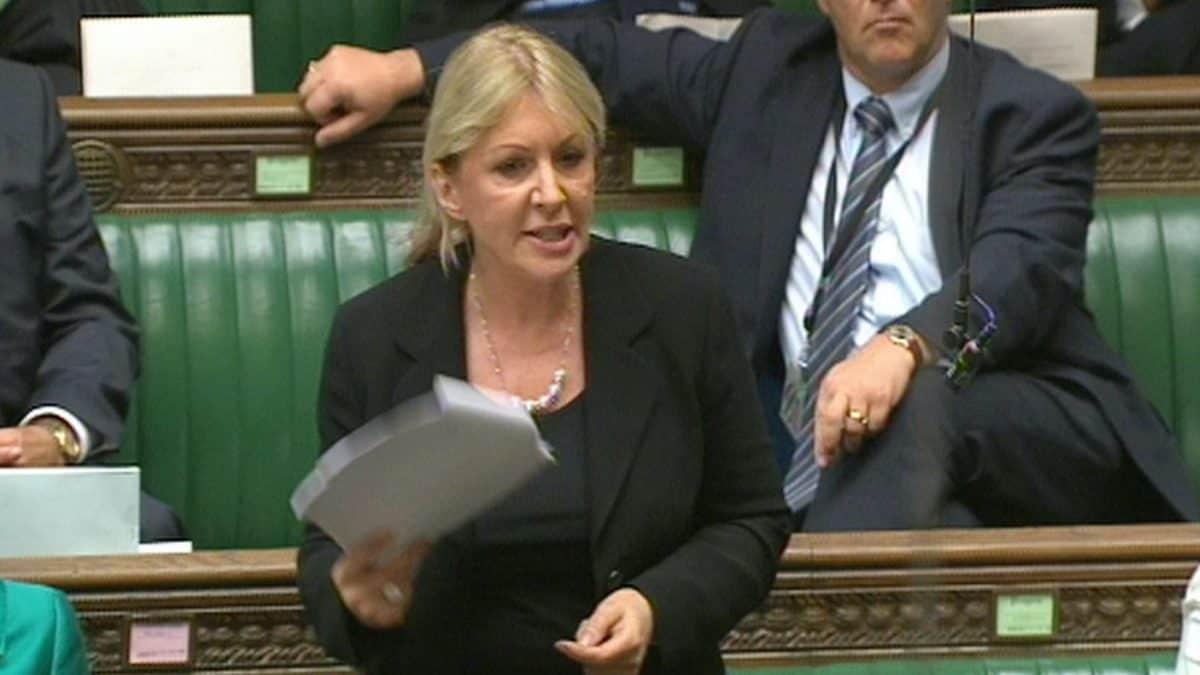 A clip of Nadine Dorries rudely dismissing calls for cross-party talks on mental health has been doing the rounds on social media after the Tory MP was appointed culture secretary.

In November of last year Dorries sparked controversy after she told her Labour shadow that the only way they could sway policy on the health package for NHS staff is to “win an election”.

The package included 24 hour access to a national hotline for NHS staff, follow-up support and intervention and treatment.

But Dorries was in no mood to hear it out.

Taking to the despatch box, she blurted: “One of the joys of being a minister of the government is that we actually won an election and therefore that gives us the right to decide policy and the ability to decide policy.

“I can honestly say if the honourable lady wishes to decide the policy then the party opposite should do harder at the next election. Try harder!”

I’ve never known a minister refuse an offer from a shadow minister to meet & work on a cross party basis.