Led by Caroline Lucas MP, the petition urges ministers to ditch GDP as a marker of productivity. 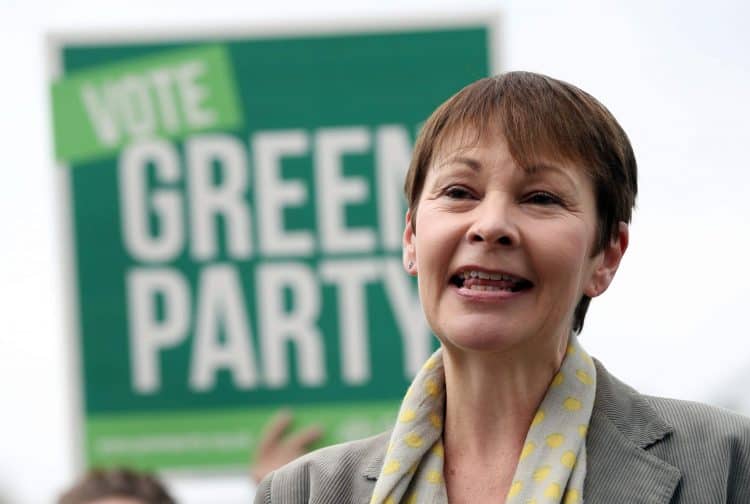 A petition urging MPs to debate a switch to an economy which prioritises “the health and wellbeing of people and planet” has surged past 50,000 signatures.

Led by Caroline Lucas – the Green MP for Brighton Pavilion – the petition urges ministers to pursue a “Wellbeing Economy approach”.

“To deliver a sustainable and equitable recovery, the Treasury should target social and environmental goals, rather than fixating on short-term profit and growth,” it states.

“A narrow focus on GDP growth has led us to environmental, health and financial crises. The UK is the 6th largest economy in the world, yet roughly a third of our children live in poverty.

“Two-thirds of the public want the Treasury to put wellbeing above growth. Scotland and Wales are already part of the Wellbeing Economy Governments alliance.

“As host of the COP26 climate summit, the UK government should build and champion a Wellbeing Economy – at home and globally.”

? Yay! We've passed 50,000 signatures in the petition to demand a parliamentary debate on the most important issue facing us all – how to run our economy in a way which doesn't destroy our only home?

The Green MP cited the Dasgupta Review on the Economics of Biodiversity, commissioned by the Treasury, which derided GDP as “totally unsuitable for judging the progress of economies over time”.

Lucas, writing in Left Foot Forward, said: “It needs to change to one whose primary goal is the health of people and planet, not short-term profit and the ongoing extraction of limited resources with no real regard for the environmental consequences.

“A wellbeing economy offers a practical and positive alternative.  It is designed explicitly to focus on people’s needs and enhance their health and wellbeing and the natural world we depend on. It would be based on key principles of fairness, compassion and community – values we all share.

“This is an opportunity we must take. We cannot continue with our current approach to economic progress when it is driving the destruction of the natural world and fuelling an accelerating climate and ecological emergency.”

A similar approach to governance have been pursued in New Zealand, where Jacinda Ardern’s Labour government introduced its first “wellbeing budget” in 2019.

Rather than prioritising economic metrics like GDP, Ardern’s plan used a much wider range of outcomes – including human health and safety – to assess the success of her government policies.

It was reported earlier this year that Keir Starmer is looking at ploughing a similar course, with Jonathan Ashworth – the shadow health secretary – said to be examining plans for a wellbeing act.

A petition must garner 100,000 signatures to warrant a debate in the House of Commons. In May, the government responded to Lucas’s petition by stressing that “traditional economic measures” like GDP “remain some of the most useful indicators of economic performance”.

In a statement, the Treasury added: “While traditional economic measures such as GDP remain important, the government is committed to broadening the range of measures it uses, including by better accounting for natural and human capital.”

Related: The pandemic showed we can do things differently. It’s up to us to make that change